For anyone befuddled about why Brooklyn lost out to Philadelphia as host to the 2016 Democratic convention the answer is obvious. The planners did the math. Brooklyn owns the gleaming Barclays Center, enough people to make it the fourth largest city in the land (2.5 million to be precise) and more registered Democrats per square foot than just about anywhere this side of San Francisco. What it doesn’t possess are vast stores of hotel rooms. 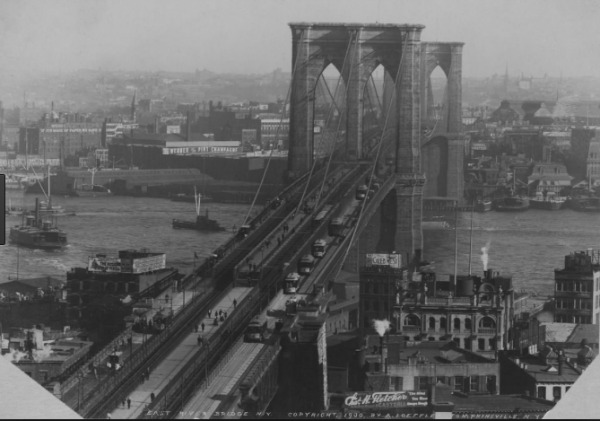 Brooklyn, NY — where the 2016 Democratic Convention won’t be held

With 665 rooms, the New York Marriott at the Brooklyn Bridge is the borough’s biggest hotel. It’s also a 15 minute cab ride from Barclays Center when the traffic cooperates. Move closer in to the Barclays and you get a slew of hotels that are walkable (if you consider 15 minutes walkable) or less than 10 minutes in a cab.

And how big are these babies? Rack up 104 rooms at Comfort Inn Brooklyn, 128 at Indigo Brooklyn, 125 at Aloft Brooklyn, 92 at NuHotel, you get the idea. The Sheraton Brooklyn clocks in with 342. But that pales compared to the Sheraton New York Times Square, a 1,781-room colossus a short cab ride from Madison Square Garden had the city nominated Manhattan for the convention.

New York is well-built for political conventions as long as you choose the right borough. Just add up the room numbers hotels within Madison Square Garden’s radius. The New York Hilton Midtown (1,980). The Marriott Marquis (1,949). The Grand Hyatt New York (1,306). The Waldorf-Astoria (1,120).

And that’s not counting the hotels directly across the street from the Garden — The New Yorker (900), the Affinia Manhattan (618) and though we wouldn’t recommend it to a sworn political foe, the Hotel Pennsylvania (1,700). You want to put up nearly 4,000-plus delegates? Bring ‘em on.

What was the mayor thinking? Manhattan has hosted the Dems with success four times, most recently in 1992. Brooklyn has come a long way since then, and who says the convention needs to return to a tried-and-true locale, especially when delegates from Alaska to Wyoming can dip into locavore eats, edgy art and street cool if they get a free moment — and convene at a splendid headquarters with an almost decent basketball team? All good, but so is reaching the convention without crossing a bridge — or bunking down in Prospect Park.

What Does The World’s First Hotel Designed By Facebook Look Like? Bye-bye, Affinia: Meet the Renamed Properties in the Affinia Hotel Collecti...
Scroll to top