Last week brought news of yet another hotel that decided the smartest way to guarantee good reviews was to fine guests who write bad ones. The latest chapter unfolded at The Broadway, a budget bed and breakfast hotel in the North England resort town of Blackpool that charged an English couple 100 pounds (about $157) for calling the place “a filthy, dirty, rotten, stinking hovel run by muppets” on Tripadvisor. 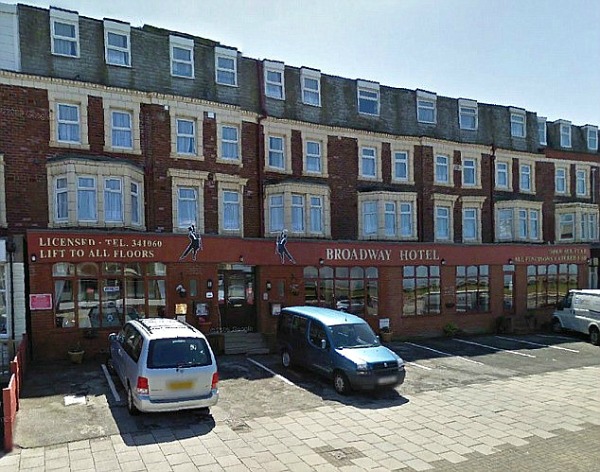 Our saga begins when the reviewers, a Cumbria couple named Toni and Jan Jenkinson, opened their credit card statement and discovered the 100 pound charge in addition to the 36 pounds ($56) they had paid for their memorable night at the Broadway (no marmalade at breakfast capped a litany of complaints).

Turns out they had been warned; the fine print on the check-in form read: “For every bad review left on any website, the group organiser will be charged a maximum £100 per review.”

It seems the story of the Union Street Guest House hadn’t reached Blackpool. Earlier this year this tiny upstate New York hotel gained instant notoriety — and misery — when its policy of charging $500 for a thumbs down review became internet catnip. Chastened, the management quickly dubbed the offending practice “a joke” and dropped it. But by then scores of sour reviews, mostly from people who had never stayed at the place, had flooded Tripadvisor and the hotel’s Facebook page, which was hastily removed. Note to others contemplating this policy: this is not how you want your property to become famous.

Not perfect (photographed by a guest).

The Broadway was outed because the Jenkinsons complained to Cumbria’s trade standards authority, which relayed their sentiments to their Blackpool counterparts. This week Blackpool’s Council reported that the Broadway had agreed to refund the money and change its policy.

But like the Union Street Guest House, The Broadway’s ham-handed efforts reached an enormous audience. Reporters from the Guardian and The Independent checked in anonymously to check out the place. Both commented on the sad, stuck-in-the-70s decor. The Guardian reviewer cited cracked ceiling tiles, the sloping sofa bed with a broken mechanism and the WiFi, which was free but didn’t work. (The reviewer liked the breakfast but noted the absence of marmalade.)

Photographed by the hotel.

But The Independent reporter called the hotel “excellent value.” His single room cost 22.50 pounds ($35.20) on Booking.com, which comes to just 15 pounds ($23.50) for the hotel after subtracting VAT and agency commission. “I’ve paid a lot more for less, both in Britain and abroad,” he wrote.

Overnight New York hasn’t sampled The Broadway, but we do understand the importance of balancing expectations with price. We don’t doubt the validity of the Jenkinsons’ bad experience, which included discovering faulty wiring, faded carpeting and a previous guest’s socks in a drawer. But The Broadway isn’t The Savoy and doesn’t pretend to be.

None of this excuses the hotel’s ridiculous punish-the-reviewer policy. Hotels today are foolish not to take online reviews seriously. With a mere two-star rating on Tripadvisor — and 146 “terrible” votes vs. 17 “excellent” — guests have sent The Broadway a message no hotel planning to stay in business — especially one voted Blackpool’s Hotel of the Year in 2004 — can afford to ignore.

A Hotel That Fines Guests $500 for a Thumbs Down? Why Online Guest Reviews Matter More than Ever
1 reply

Revving Up Camp Rockaway, a 21st Century Tent City Planned for Hip Rockaway... One More Tete-a-Tete For The Fabled Vicious Circle At The Algonquin Hotel
Scroll to top