Olivier Widmaier Picasso looks the part. Or so it seemed at last night’s opening of Revealed, the exhibition of 30 photographs of 20th-century artists he curated for Sofitel.

With his compact build and energetic intensity there’s a passing 21st-century resemblance to his grandfather (his mother, Maya, is the daughter of Pablo Picasso and Marie-Therese Walter). And though a lawyer by training, his current interests orbit the art world. 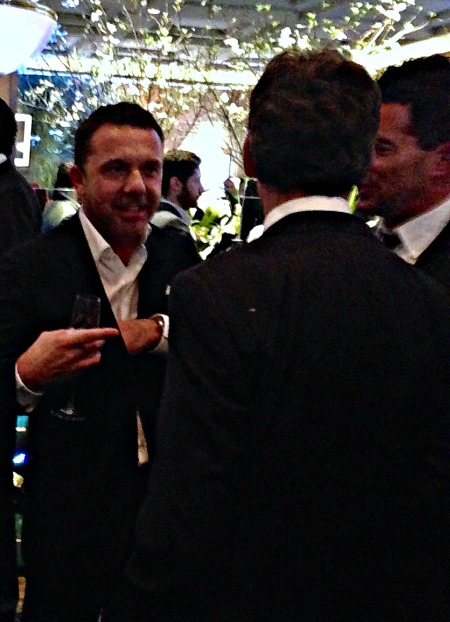 Olivier Widmaier Picasso (left) converses at the opening of his show

A license developer for the works of numerous artists, including the obvious, Widmaier Picasso also produces and hosts TV documentaries on contemporary art, opera, fashion, design, architecture and music. An English translation of his 2013 book, Picasso, Portrait Intime, is coming soon.

So how did the Sofitel exhibition come about? “They came to me,” he said, his

softly accented English rising above the chat and DJ spins in the jam-packed lobby. He had three months to pull everything together. “It was a challenge. They’re crazy,” he said with a grin. 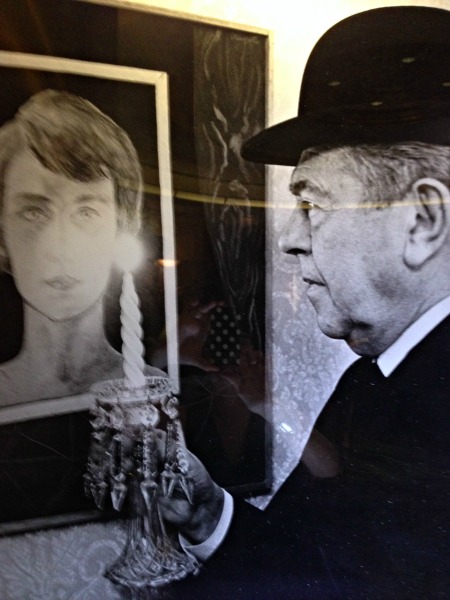 At least the raw material was from a single source. All the pictures came from Paris-Match, allowing Widmaier Picasso to sift through iconic images of such artists as Francis Bacon, Marc Chagall, Jean Cocteau, Salvador Dali, David Hockney, Jeff Koons and Joan Miro by much-published photographers like David Douglas Duncan, Claude Azoulay, Christian Gibey and Izis.

The end result gave the Sofitel New York lobby and adjoining public rooms the look of a classic art gallery opening. With the sofas and club chairs removed for the night, well-turned-out guests conversed brightly, sipping drinks — the Laurent-Perrier flowed freely — and nibbling a near-endless parade of light bites — excellent mini-sliders and chocolate-hazelnut lollipops, passed around by a variety of servers including executive chef Sylvain Harribey. Occasionally the revelers even checked out the framed art on the walls. 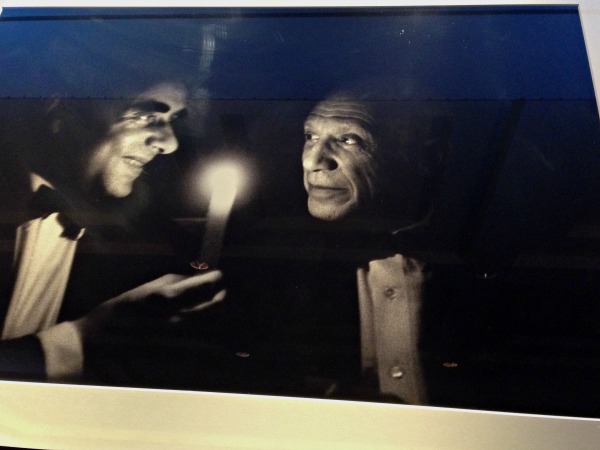 No matter. It’s a good show, and party guests, like all Sofitel visitors, have until August to lavish more attention on images like Kees Van Dongen painting Brigitte Bardot and Rene Magritte holding a candle to a picture of his wife. Pride of place above the green marble fireplace goes to a photo of Picasso lighting a cigarette from a candle held by French filmmaker Henri-Georges Clouzot.

Every year, it seems, the hotel turns its public rooms into a gallery of French-inflected art. Last year black-and-white images of 25 celebrated beauties created by French photographer Gilles Bensimon bedecked the walls (read about it here).

And if you miss this year’s show at the Sofitel New York, you can catch it as Sofitel outposts in Washington, D.C. (August to October), Chicago (November to January, 2015), Montreal (February to March, 2015) and Los Angeles, where it wraps its run April to early June, 2015.

A First Look at WestHouse, A NYC Hotel That Feels Like a Private Club and Channels... Another New Trick for Google Glass — Now You Can Use It to Book a Hotel...
Scroll to top