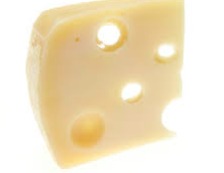 In its continued efforts to trumpet All Things French, Sofitel New York reminds us that June 4 is National Cheese Day (news to us, too, but never mind). It’s a fine day for cheese enthusiasts to stop by the hotel’s Gaby Brasserie Française for a tasting with fromage supplied by the estimable Murray’s Cheese.

With a cheese expert on hand to point out the fine points, expect to nibble into an assortment of French and local artisanal creations. French offerings include Bucheron goat’s-milk cheese, a Brebirousse d’Argental sheep’s-milk cheese, a Comte Saint Antoine cow’s-milk cheese and a Fourme d’Ambert cow’s-milk cheese. On a local note, a St. Stephen’s cow’s-milk triple cream from New York is served up along with a Tarentaise cow’s milk cheese from Vermont.

There’s no charge for the cheese and crackers (you can buy a glass of wine  to ramp up the flavors). But donations to Citymeals-on-Wheels, which delivers food to the housebound elderly, are encouraged. (Gaby’s pop-up boulangerie celebrating National French Bread day earlier this year brought in more than $500 for City Harvest.)

Celebrating the Iconic Line Art of Al Hirschfeld At The New-York Historical... The Morning After the Waldorf’s Shotgun Wedding
Scroll to top