Only one New York City hotel is in the running for reflected glory when the 93rd Academy Awards air on Sunday, April 25, and it’s on screen for less than five minutes. But the scene filmed in a suite at The Mark won instant notoriety when Borat Subsequent Moviefilm, Sacha Baron Cohen’s cheeky mockumentary, debuted in October. It wasn’t for the interior design. END_OF_DOCUMENT_TOKEN_TO_BE_REPLACED

Yes, it was, and what a plum, if fleeting, cameo Tribeca’s chic brick, pie-slice-shaped hotel landed in Woody Allen’s latest movie.

Without giving too much away, a lead character – Alec Baldwin as a huckster bazillionaire named Hal – is spotted canoodling a glamorous brunette by his wife’s sister as the pair exit the hotel. After registering the look of shock on the sister’s face, the camera lingers for a few seconds on the hotel and its iconic clock with Roman numerals atop a sculpted wrought iron stand, a Tribeca landmark since the hotel opened in 2000. END_OF_DOCUMENT_TOKEN_TO_BE_REPLACED 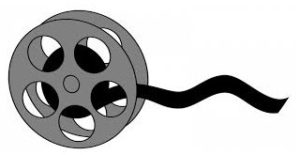 We love watching old movies in hotel screening rooms, the ultimate anti-multiplex (the chairs! the sound system! the champagne!).

Last month W New York Downtown initiated “New York in Film,” a smart if brief summer series of old movies curated by savvy New Yorkers. And just like that W joined the (too) small society of New York hotels, including the Crosby Street Hotel and Tribeca Grand, that screen movies to anyone who purchases a ticket, not just red carpeters and opening nighers. END_OF_DOCUMENT_TOKEN_TO_BE_REPLACED

Many are called – and last week we were among them, taking a seat in the gigantic two-room juror’s bullpen at 60 Centre Street. END_OF_DOCUMENT_TOKEN_TO_BE_REPLACED

The ads! The half-time show! Madonna! We love football (Go Giants), but it’s not the only reason to watch the Super Bowl this Sunday.

Where do you want to be when the Giants and the Patriots go helmet to helmet? We suggest a hotel bar that’s geared up for the big showdown. We found six  — three in midtown and three downtown — where you can settle in with a pitcher of beer and a bucket of wings and drink in the early February festivities, be it the game, the sideshow or both, on a big screen (or two, or 17). END_OF_DOCUMENT_TOKEN_TO_BE_REPLACED

Q.  I know New York in August is no picnic, but that’s when I can come in from Baltimore for a three-night weekend. (Baltimore in August is not so great, either.) I don’t want to break the bank, but I’d like a hip hotel with some style. Since I always stay in midtown when I come in for work, I want to be downtown this time.  Any ideas? END_OF_DOCUMENT_TOKEN_TO_BE_REPLACED

Almost as many New York City hotels have screening rooms as spas. But it’s a lot easier to visit a hotel spa than to settle in with a bag of popcorn for a movie in a hotel screening room. END_OF_DOCUMENT_TOKEN_TO_BE_REPLACED