Tag Archive for: The Quin

The Quin is gifted with an easy glamour that seems built into its 1920s bones. What better backdrop for “The Slim Aarons Exhibition,” a lobby art show of photographs by the celebrated 20th-century photographer who made a practice of taking pictures of, as he aptly put it, “attractive people in attractive places doing attractive things?” END_OF_DOCUMENT_TOKEN_TO_BE_REPLACED

It wasn’t planned as a celebration of Valentine season.

But given the visuals of graffiti artist Nick Walker’s new show in the lobby of The Quin hotel that’s a natural assumption, particularly as we zero in on February 14. END_OF_DOCUMENT_TOKEN_TO_BE_REPLACED 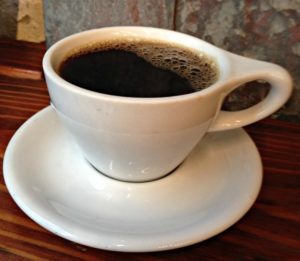 It’s a lot easier than it once was to get a good cup of coffee in New York. And that goes for coffee at hotels.

Flavorful house blends and premium brands like Illy are typical at large hotels (and former coffee wastelands) from the New York Hilton-Midtown to ONE UN New York.

Newcomers are embracing intriguing local brews. Is it coincidence that the restaurants at the Viceroy and the Quin – two chic new hotels on West 57th Street – proudly serve Joe Coffee a succulent brew made from the direct source, sustainable beans found at Joe Coffee shops dotting Manhattan? END_OF_DOCUMENT_TOKEN_TO_BE_REPLACED

I doubt I’m alone in saying I’ve been counting the hours, the minutes, the seconds to the arrival of spring.

By Siberian standards — but New York isn’t Irkutsk. And when you rack up the days that failed to break 30 degrees, couple them with more than 56 inches of snow and throw in a Polar Vortex or two, Winter 2013-14 was brutal.

Even if the snow doesn’t cease on March 20, we’ve crossed the seasonal divide.

To celebrate the official start of spring, I visited several midtown hotels known for their flowers, camera in hand. Looks like yellow is the color of spring this year.

END_OF_DOCUMENT_TOKEN_TO_BE_REPLACED 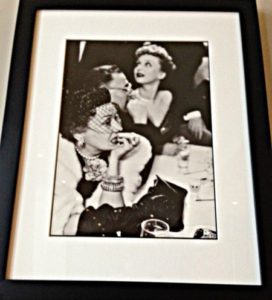 The lobby showpiece at The Quin hotel is an imposing 15-foot video art wall pieced together from flatpanel screens.

At its debut last fall, the hotel touted the flexibility of video art and announced the wall’s content would change like an art gallery, veering from original work commissioned by the hotel to pieces from, well, any era.

We’ve heard that one before, but the Quin meant it. When I stopped by this past weekend, the wall’s content was once again different from my previous visits. END_OF_DOCUMENT_TOKEN_TO_BE_REPLACED 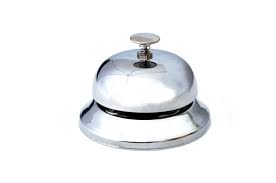 And while some of them no doubt stayed with friends, relatives and Airbnb, others helped fill the 30 million hotel room nights sold, up 1 million from 2012. The results? Visitors on average paid a pricey $296 a night, and hotels enjoyed an 87.8 percent occupancy rate. END_OF_DOCUMENT_TOKEN_TO_BE_REPLACED

On a recent visit to The Quin hotel I came across something I’d never seen. A button on the bedside phone – remember those? – connects you instantly with a personal shopper at Bergdorf-Goodman. Should you need a new nail color or a last-minute Alaia, they can send one over (the store is steps away). If you’re not sure what you want, you can check out the Bergdorf’s vitrine in the lobby, laden with eye-catching handbags, fragrances and shoes that look like sculpture. END_OF_DOCUMENT_TOKEN_TO_BE_REPLACED 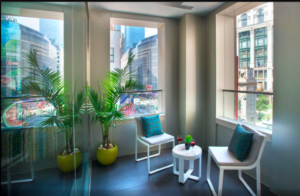