It’s cold, snowy and dark. Why would anyone want to come to New York in January and February?

Because it’s cheap. And oddly friendly. The city’s dearest restaurants are thrilled to give you a table (sometimes). You can score tickets to any Broadway show you want. 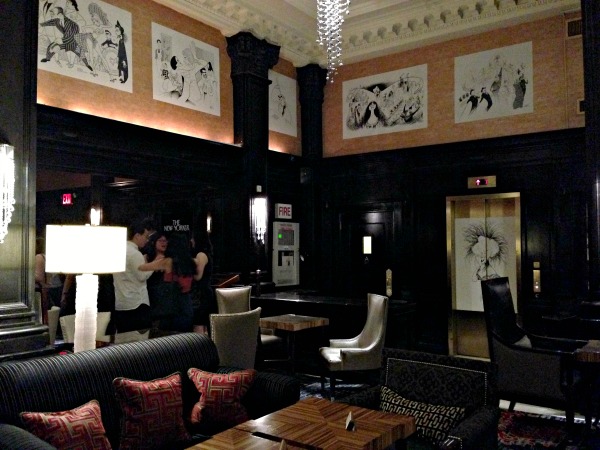 And if the snow and fog subside, this is a splendid time to take in the view from the top of the Empire State Building without standing in line for hours.

Besides, you can’t go ice skating in Central Park — or at The Standard hotel — in May.

This is the ideal time to check into that hotel you’ve always wanted to call your own for a night — the one with the sybaritic comforts, hip vibe or spectacular views — but abstained so as not to take out a second mortgage.

And today and tomorrow (January 6 and 7), a flash sale at New York’s Marriott hotels means you can lop off as much as 20 percent on already good rates for rooms through April 30, 2015 at The Algonquin, Marriott Marquis, JW Marriott, Renaissance hotels, the Marriotts on the East Side, Downtown and in Brooklyn and countless Courtyards, Residence Inns and Springhill Suites sprinkled around town.

What can you expect?

Book reservations online or by calling 1-800-228-9290 and using promotional code ADV. Save money. And who knows? The sun may shine.

10 Things to Check Out at NYC Hotels Before the Holidays 2011 End
The Algonquin Gets Set to Close for Refurbishment in Early 2012
What AreThe Best New York Hotel Bars for Watching Super Bowl XLVII?
An Old Hotel Gets A New Name: Meet the Sheraton New York Times Square Hotel
Hunting Down the Greenest Hotels in New York City
Meet Courtyard Marriott Chelsea — How Select Service Hotel Brands Won Over Manhattan
5 replies

Five New York City Hotels to Check Out Before the Holidays Wind Down Super-duper — Three Hotels Where You Can Catch Super Bowl XLIX in New...
Scroll to top