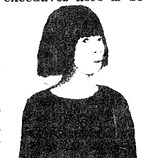 A break today from the world of hotels.

As anyone with a tangential interest in fashion knows, freelance writer Jacques Hyzagi’s acid-dipped takedown of glossy magazines — and Elle magazine in particular — in The Observer last week was a viral must-read. Its publication just prior to April 1 added to the intrigue. Was it for real? Was he? (His name looks like an anagram.)

Yes, and yes, although it seems he once worked for Charlie Hebdo, the French satirical magazine, but never mind.

It seems Hyzagi scored a rare interview with Rei Kawakubo, the notoriously elusive creator of Comme des Garçons, the avant-garde Japanese design house. By the author’s reckoning, Elle eviscerated his work in the March issue, trimming it from 10,000 words, turning a once-in-a-lifetime soul bearing into an infomercial vetted by the president of Comme des Garçons International (who also happens to be  Kawakubo’s husband) and leaving out juicy stuff, like how the designer feels about being cold-shouldered by Anna Wintour, gate-keeper of the guest list at the annual Met Ball.

If Hyzagi’s 3,700-word rant is by turns baffling, entertaining, maddening, full-throttle nasty and oddly poignant, it’s also tantalizing. He alludes to a flood-gate of revelations Kawakubo shared on how she creates, her fascination with 70s punk, her support for Hillary Clinton, her contempt for feminism and more after he administered his ice breaker, asking her if she is neurotic. It would have been fun to read what she said.

At 73, Kawakubo is insulated by her staff and a pro at stonewalling interviews, but that wasn’t always the case. As a young journalist living in Tokyo in the early 1980s, I spoke with her for a story that appeared in the Asian Wall Street Journal, a feat I engineered by picking up the phone and calling her office. A few days later I was ushered into a spare white room in the chic glass and brick building housing her offices and a handful of boutiques, including an outpost of Comme des Garçons. Though it was clear that talking to a reporter wasn’t her preferred pastime, Kawakubo shared an hour of her time and gave answers that were less cryptic than I expected, notable in a nation that revels in being indirect. I thought our chat went well, but maybe I should have asked her if she was neurotic.

Click below to read what Kawakubo had to say back in the day about starting her own business, her use of “bruised fabric’ and why she liked black.

Last Chance to Catch ‘The Hirschfeld Century’ at The Algonquin ... The Time Hotel Gets A Chic New Look
Scroll to top