At a glance: W Union Square is effortlessly hip. Part of its cool is its address: Cater-corner to Union Square, it’s close enough to 14th Street to qualify as Downtown.

The building, a timeless Beaux Arts pile, is pretty cool, too, if splendid historic structures refashioned for a contemporary audience pump your pulse. Built in 1911 as headquarters for Guardian Life Insurance of America, the creamy, Metropolis-inflected lobby boasts mile-high ceilings and a magnificent staircase that winds round and round, like the spirals in Vertigo.

As with many buildings never intended to be hotels, you see awkward spaces: The check-in area is larger than it needs to be, and the sitting area — Living Room lobby in W speak — should be bigger. Scoring a spot on a high-back sofa or leather club chair is a challenge after 5 p.m., when the lobby morphs from daytime mode as a sitting room/high-tech work space to a cocktail lounge popular after work with local business and media types (brandish a phone or laptop any time, and you’ll fit right in).

Following a redesign by Krause + Sawyer in 2013 that added infusions of colored leather (chartreuse! turquoise!) and sleeked up the walls the Living Room looks contemporary, fresh and in sync with guest rooms smartly spruced up – and infused with color — in 2012.

Rooms: Rooms, courtesy of d-dash design and Wilson Associates, are wildly colorful, and qualify as candidates for the liveliest rooms in town with bold accents of persimmon and royal blue pumping up the whimsically patterned gray carpeting and pale gray walls. (Orange was Pantone color of the year for 2012.) I like the swirly edges on the bold black-framed full length mirror each room sports (the motif is lifted from details used in the 1911 building). And the sculpted metal accent leg seen on desks and luggage racks made me smile.

Typical of a hotel converted from an office building, rooms vary in size and shape. I like that the smallest rooms are somewhat larger than most small rooms you find in New York. But the little ones overlook the courtyard (keep those curtains shut) and are dark.

But the showpieces are the suites. Junior suites feature a clever divider between the sitting and sleep areas (the flatpanel TV, backed by a mirror, spins around so it an be watched in either area). And the square-back sofas edged in blue lizard-imprinted leather convert into beds, ideal for families.

Food and drink: In its latest iteration, Irvington, the ground hotel’s ground floor restaurant, looks downtown, industrial and cool in black, white and wood tones. The offerings are cool, too — Mediterranean-influenced American dishes with ingredients sounded about as locally as possible — from the justly celebrated Union Square green market across the street. The Gerber Group oversees the restaurant and bar, which specializes in craft beers and craft cocktails.

Amenities: Expect the standard W perks including Bliss toiletries, bathrobes, flatpanel TVs. There’s a fitness center but no spa (in room treatments are available). Pets stay for $25 a day plus a $100 cleaning fee. WiFi (free for SPG members; $16.95 for the rest).

Surroundings: Besides acting as the gateway to Downtown, Union Square is a short walk from the Flatiron District, stands convenient to Midtown and is the site of the Greenmarket, the city’s best open-air farmer’s market, open Wednesdays and weekends. Good shopping and oodles of restaurants, from fancy (11 Madison Park) to fun (the Coffee Shop, Steak Frites) are nearby. The East Village, New York University and Washington Square are a short walk. SoHo, Tribeca, Nolita and the Financial District, though slightly further afield, are easy to reach. And the subway station and bus stops are steps away.

Back story: Opened in 2000, this was W’s fourth foray into New York, following the W New York, the W Tuscany and the W Court (the latter two, no longer affiliated with W, joined the British-run St. Giles group in 2010). As mentioned above, the building was built in 1911 to house the New York office of Guardian Life Insurance of America and is an official historic landmark. In 1998, the Guardian Life relocated to newer, larger digs near Wall Street. Rooms, restaurants, ballrooms and bars were renovated in 2012. Redesigns and renovations to the main lobby and “living room” lounge wrapped in 2013. In 2014, the restaurant changed from Todd English Olives to Irvington. 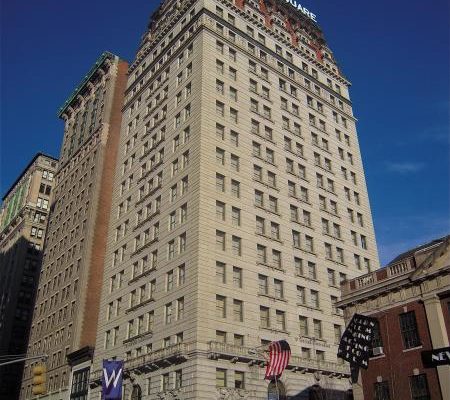 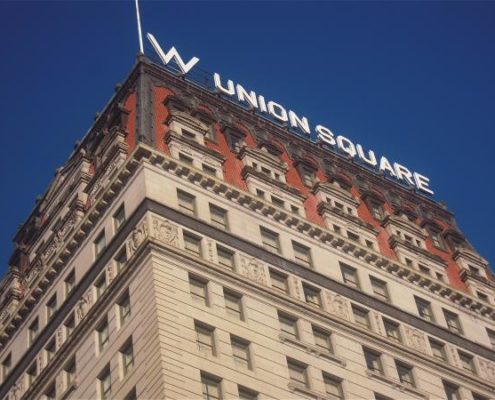 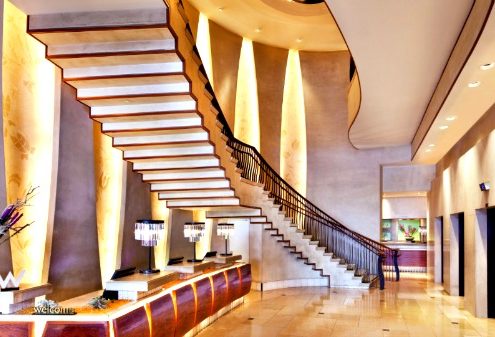 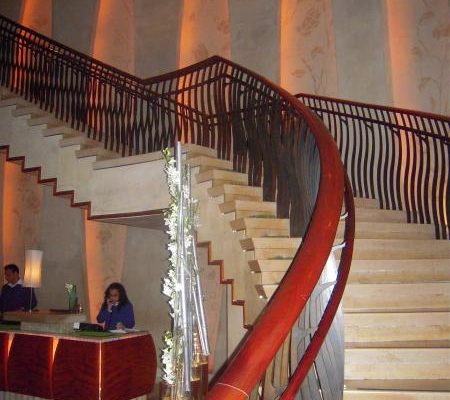 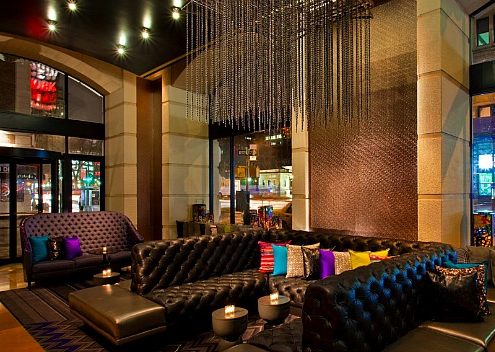 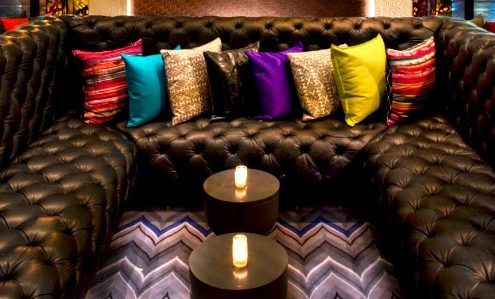 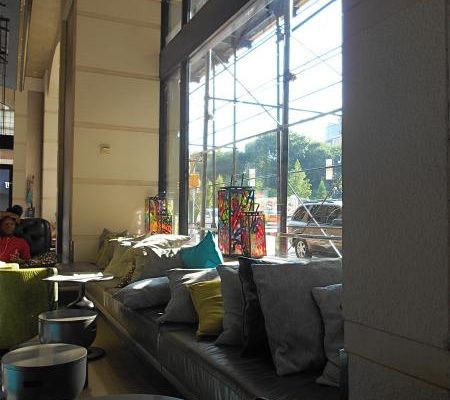 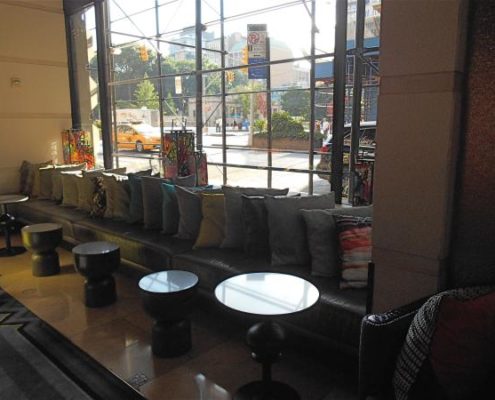 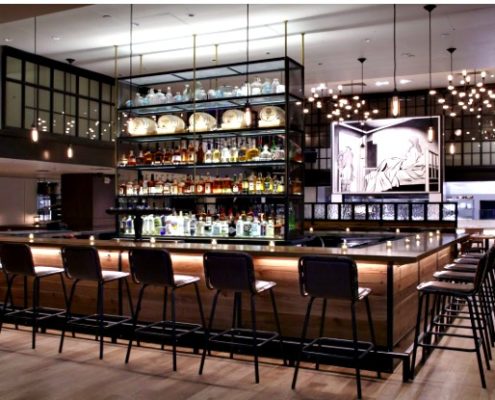 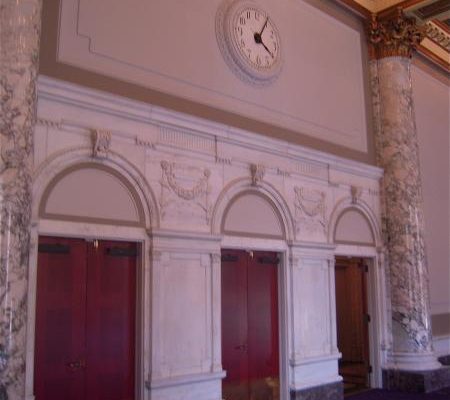 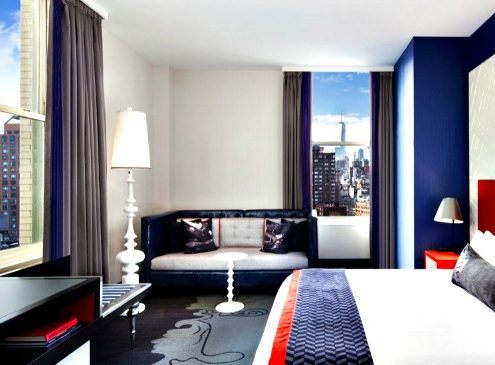 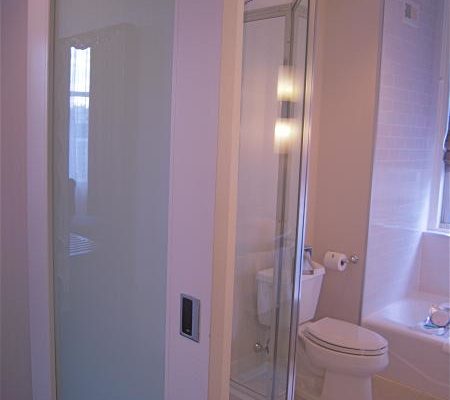