At a glance: It’s impossible to imagine certain hotels in any city other than New York. That pretty much sums up the Carlyle, a bred-to-the-bone Art Deco New Yorker, from its chic black-and-white lobby to the urbane Café Carlyle.

The Carlyle nimbly treads a delicate line. Built in 1930, it’s historic without being creaky, luxurious without being ostentatious and coolly nonchalant about its considerable creature comforts, from the gray and white Ludwig Bemelmans paintings in the lobby to the tray tables stashed in guest room closets for breakfast in bed. It’s also extravagantly unhip, a status that has not deterred visitors from Will and Kate to Roger Federer to the GenZs crowding Bemelman’s Bar.

It’s easy to indulge in nostalgia here – the Fred and Ginger vibe is palpable as is the aura of mid-to-late 20th-century New York icons like cabaret artist Bobby Short (the block the Carlyle stands on is named for him). But the Carlyle thrives in the real world.

The lobby’s gold velvet chairs and spotless white walls look fresh. The deeply luxurious – and frightfully expensive – spa is of the moment. And while those polite, liveried, white-gloved attendants manning the automatic elevators seem a quaint throwback to Louis Auchincloss era, they’re providing a layer of 21st-century security.

The lobby, reminiscent of the original Dorothy Draper designs, is more majestic than welcoming, and though spacious, is usually all but deserted, save uniformed staffers. Instead, guests, neighborhood regulars and a sampling from art and literary circles congregate in the Gallery, the heady tea room redolent of a sultan’s lounge, and Bemelmans Bar, with witty murals by illustrator Ludwig Bemelmans, author of the Madeline books (in exchange, Bemelmans and his family lived in the hotel for a year and a half gratis).

As for rooms, more than a dozen come with grand pianos, and original Piranesi and Audubon prints hang in many, personally chosen by Peter Sharp, the hotel’s third owner. The Carlyle was once an apartment hotel, after all. In many ways, it still is.

Renovation alert: A full renovation is underway, so at present some rooms are “more updated than others,” as the hotel staff member I spoke to put it. If you want a renovated room, request one when you book. And look carefully on the website: if you see the name Alexandra Champalimaud, the room should be renovated (noted for luxury clients, her firm’s done work for the Pierre, Lotte New York Palace and the Fairmont San Francisco). Bear in mind that rooms come in a variety of sizes and shapes, making them redolent of a classic prewar Park Avenue apartment instead of a hotel.

Rooms: I’ve yet to stay in a renovated room, but here’s my experience from my last stay. My sixth-floor room could have been one of Nan Kempner’s guest rooms, at least as I’d imagine it – Chinese red wallpaper, wheat wainscoting and a whipped cream white beamed ceiling. Stylish but not edgy, in other words, and more comfortable than spectacular. Among the quietly luxurious details were the hardwood floor warmed by a large area rug, Yves Delorme sheets and an enormous walk-in closet that lighted up automatically when I opened the door.

The centerpiece, a king-size bed dressed for day in a brocade bedcover folded at the foot and expertly turned down at night, lounged opposite a large bureau lighted by porcelain-based table lamps. A French-inflected writing desk perched between two large windows dressed in floor-kissing curtains and white sheers.

Given the Dorothy Draper-meets-Bonfire of the Vanities setting, the electronics — iHome clock-radio, flatpanel Panasonic high-def TV, WiFi – seemed more dutiful than heartfelt. And seriously, should a luxury hotel charge $14.95 a night for WiFi?

Every precious inch was maximized in the chic-but-extremely-compact marble-and-mirrored bathroom. The white vanity did double duty, stashing the hairdryer and scale behind its doors and providing sufficient counter space for a traveler without too many toiletries. The large tub, shielded by a glass door embellished with a frosted Carlyle crest, featured a whirlpool bath. The highlight was the excellent showerhead. As for the fresh orchids, bliss.

For an old hotel, the room was in good repair, though I spotted nicks on the walls. The creamy white fabric headboard, no doubt Scotch-guarded to the max, was spotless. And the mattress was divine.

Food and drink: Proof positive that tradition, style, formality and comfort can still team up successfully, the main dining room flaunts classic components like velvet banquettes with throw pillows, white table cloths and a gorgeous marble fireplace. In short, the restaurant looks like what it is — a classic high-end hotel dining room that’s beautifully maintained and freshly decorated. The fare is classic New York — Lobster Thermador, Coq au vin — at throat-choking prices ($98 for Sauté Dover Sole Meuniere). So is the atmosphere: jackets are required for men, except at breakfast.

Tea is served daily in the Gallery, Renzo Monglardino’s heady riff on the sultan’s dining room at Topkapi palace. It’s a terrific, over-the-top room, and looking sharp after a subtle spruce-up.

Amenities: The white third-floor fitness center is light filled, strategically mirrored and well equipped with cardio and weight-training gear and machines. The spa is drop-dead gorgeous but pricey. Complimentary newspapers. Frette robes in the rooms. Kiehls bath products. WiFi ($14.95 a day). Sturdy but high-tech metal keys instead of keycards. Lemon water is offered on a table in the lobby. Pets allowed up to 25 lbs., $50 a night; dog-walking available.

Surroundings: The Carlyle sits on a plush Madison Avenue block within walking distance of the best the Upper East Side has to offer. The cream of Manhattan’s museums, including the Whitney Museum of American Art, the Metropolitan Museum of Art, the Frick Museum, the Jewish Museum and the Cooper-Hewitt Smithsonian Museum of Design, are an easy walk away. Zitomer’s, an uber-pharmacy with a top-flight make-up, fragrance and jewelry selection, is across the street. Top-notch art galleries, boutiques and restaurants line the street. High-end department stores, including Barneys, Bergdorf-Goodman and Bloomingales are slightly farther afield but easy to reach. The subway is a schlep, but bus stops are steps away. And taxis cruise Madison and nearby Fifth Avenue constantly.

Back story: Conceived during the go-go-years of the late 1920s and named for the Victorian essayist Thomas Carlyle, the Carlyle opened in 1930 as a residential hotel, hardly an auspicious year for a costly new real estate venture. When the stock market crashed, businessman Moses Ginsburg knew he’d lose millions but went ahead with the venture anyway. The hotel survived – composer Richard Rodgers snapped up the first apartment – more staid than ritzy, to quote an observer.

Postwar owner Robert Whittle Downing, a Broadway producer and tycoon, ramped up the glamour. Social references were required to obtain an apartment – or even a room. To this day, rooms are called apartments, even if you’re just staying the night. Harry Truman became the first US president to visit, a tradition followed by every president up to Bill Clinton (John F. Kennedy outdid them all, keeping an apartment at the hotel for ten years).

The Art Deco décor is the real deal, dating from the hotel’s origins. Still, every effort has ensued to keep things fresh. A parade of blue-chip designers tweaked the interiors over the years, including Dorothy Draper, Mark Hampton and, most recently, Thierry Despont. And Renzo Monglardino created the heady Gallery, inspired by the sultan’s dining room at Topkapi Palace (he even designed the teacups). Alexandra Champalimaud is the latest with new guest room designs. The hotel is part of the Rosewood Group.

Keep in mind: The hotel has the clubby, closed-to-interlopers feel of a residential apartment building that can be off-putting. Walls are thick, but I heard mild noise from the room next door. 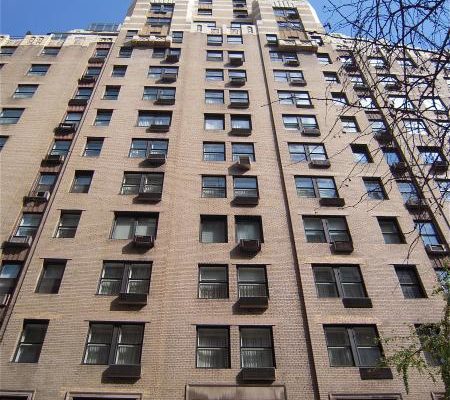 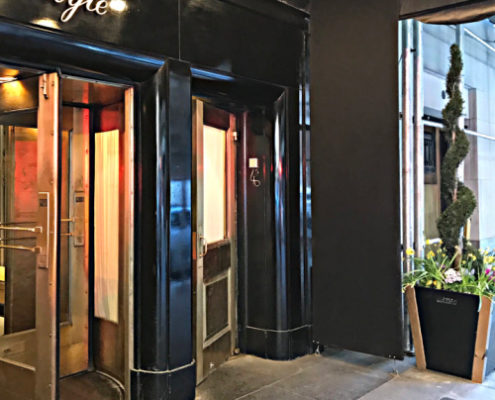 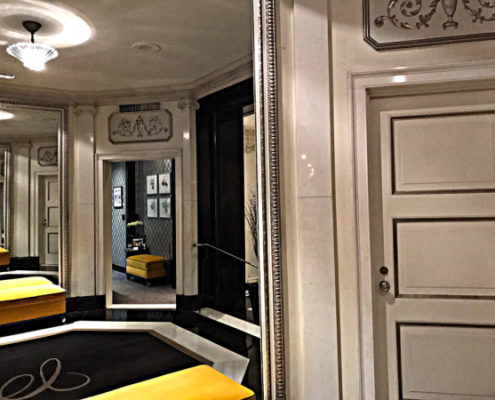 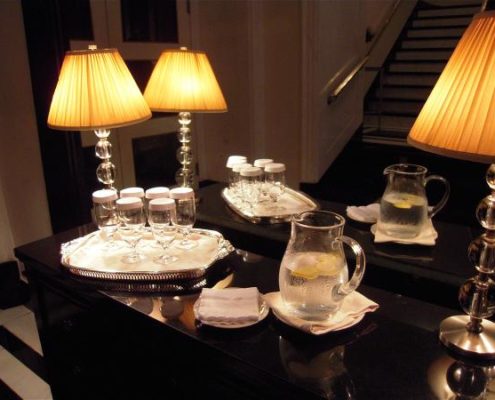 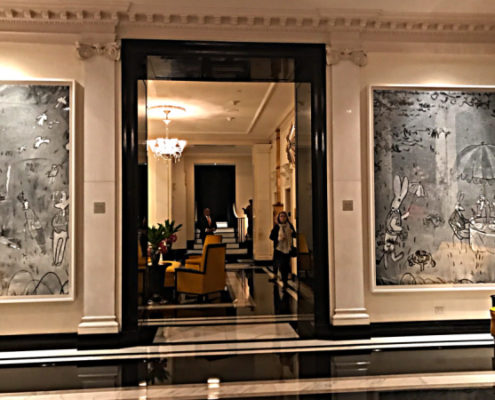 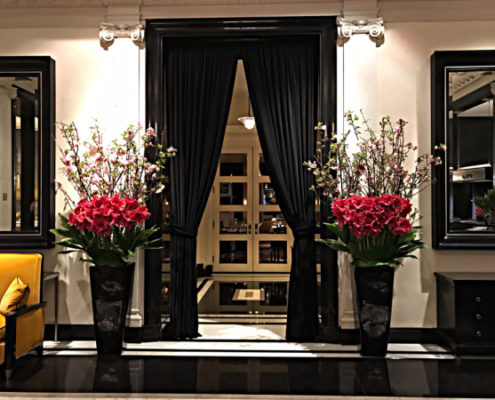 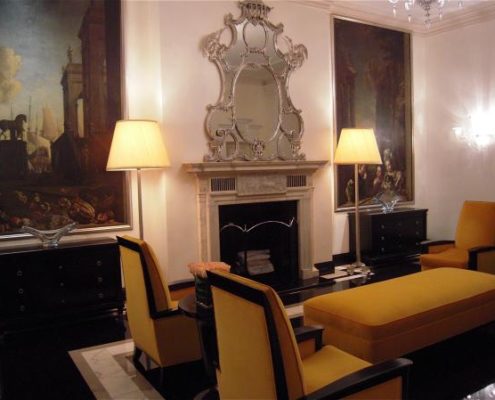 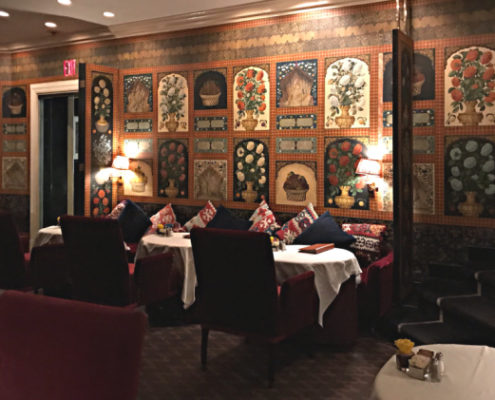 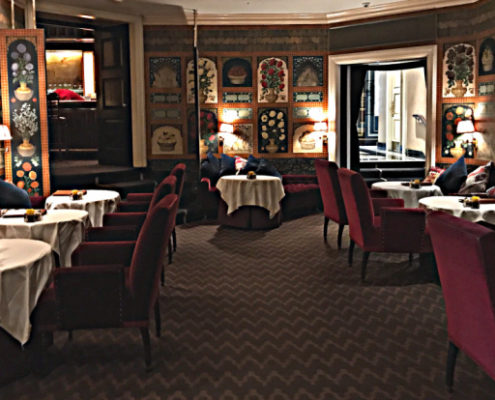 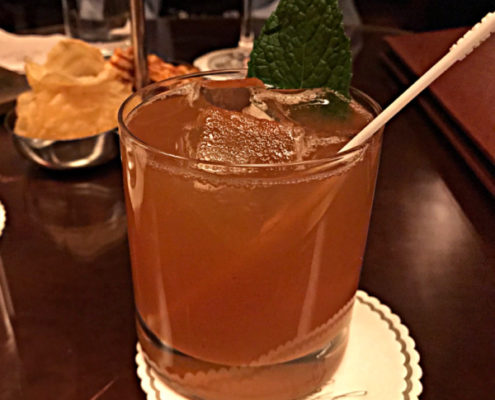 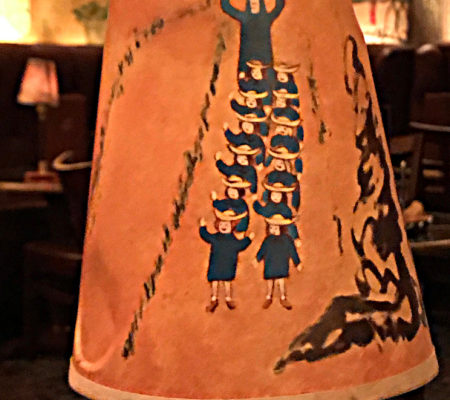