And a most unwelcome guest she is.

Flooding concerns in low-lying areas of Manhattan prompted several hotels at the island’s southern tip to close this weekend for city-mandated evacuation, including the Ritz Carlton New York Battery Park, the Andaz Wall Street, the New York Marriott Downtown and the tiny Wall Street Inn. And just like that, more than 1,000 hotel rooms dropped off the city’s radar. 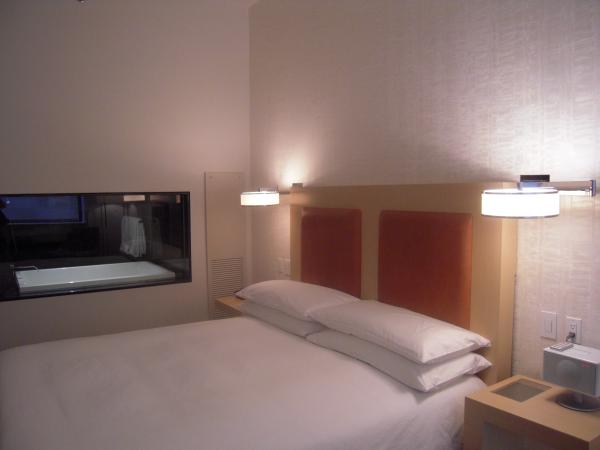 Fortunately, no homeless guests have been reported. New York hotels are rarely at 100 per capacity in the waning days of August, particularly business hotels near Wall Street. The Andaz, Ritz Carlton and Marriott are affiliated with hotels uptown (phone calls to the Marriott Downtown were routed to the Marriott Marquis, the Times Square behemoth).

Still, New York hotels filled up fast this weekend as locals were told to flee their apartments and houses in low-lying areas, like south Manhattan and parts of the East Village, Staten Island, Brooklyn and the Bronx.

From Twitter posts, it seems lemons into lemonade was the mantra for guests who never expected to check into a hotel this weekend. “Crosby Street Hotel is about as perfect as it gets for seeing out the hurricane. Still offering summer room rates too,” tweeted one guest. Another tweet referred gleefully to the slumber party at the SoHo Grand.

Midtown hotels, many already jammed with tennis players and fans in town for the US Open, which starts Monday, reported an upturn in guest check-ins as well.  USA Today wrote that large corporations had booked rooms in midtown hotels, like the 400-room Omni Berkshire, for employees who run their operations.

Some hotels even saw a marketing opportunity. The Setai Fifth Avenue offers a special $359 rate with code #IRENE, a 30 percent discount until Monday. The package includes free jazz in the lounge and, to help soothe nerves, a complimentary “Dark and Stormy” cocktail. When we checked, available rooms were almost snapped up.

Note: if you have reservations at a hotel in New York this weekend or early next week, call to confirm, particularly if you are booked at a hotel that was forced to close for Irene.