When my daughter was little she had a Harry Potter book with pop-up pictures of Hogwarts, Hagrid, Hermione and the gang that, truth to tell, I looked at more than she did. She’s still too young to drink legally, so people like me must be the intended audience for the latest twist in cocktail culture — the pop-up picture cocktail menu. 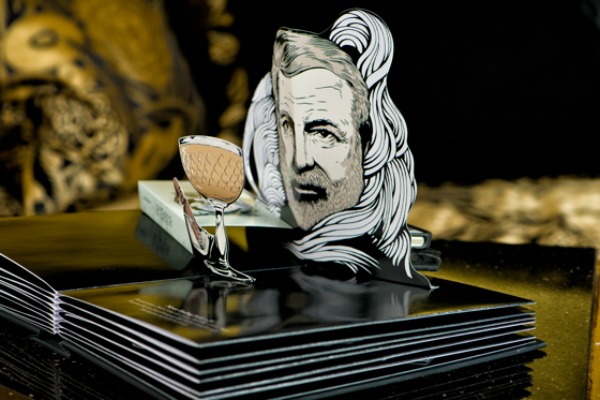 Exhibit A made its debut earlier this month in London at the Savoy Hotel’s stylish Beaufort Bar. Twitter spread the word. And that’s how I found myself watching the Savoy’s three-minute video on the art of fashioning a cocktail menu that doubles as a collectible, a complex, don’t-try-this-at-home endeavor that entailed an artist, a veteran paper-cutter and a bartender, aka content creator. And a hefty promotional budget (these things don’t just happen).

The idea came not from Pat the Bunny or my daughter’s Harry Potter book but from the Savoy itself. Illustrations garnished the hotel’s early menus, and 1938, a year not otherwise known for whimsey, saw the debut of a brochure embellished with a hand-drawn pop-up image of the hotel.

The new menu resembles a book, as thick as The Goldfinch (or Swann’s Way), with hand-drawn pop-ups illustrating 15 cocktails freshly concocted by the Beaufort’s celebrity bartender Chris Moore (no quotidian G and Ts, in other words). That’s a lot of pages for a pop-up book according to Helen Friel, who engineered the thing.

Renderings by UK artist Joe Wilson range from fanciful settings evoked by the cocktails to famous faces who were no strangers to spirits (Hemingway pops up). It definitely looks entertaining.

Can a New York version be in the offing? The Savoy is managed by Fairmont Hotels and Resorts, as is the Plaza here in New York.  The Oak Bar, with its moody paintings and storied history, could inspire a superb pop-up cocktail menu. Too bad it’s closed.

What Would Conrad Hilton Think of the Waldorf-Astoria’s $1.95 Billion... Is Jean-Geoges at Trump International Hotel & Tower the Best Hotel Restaurant...
Scroll to top