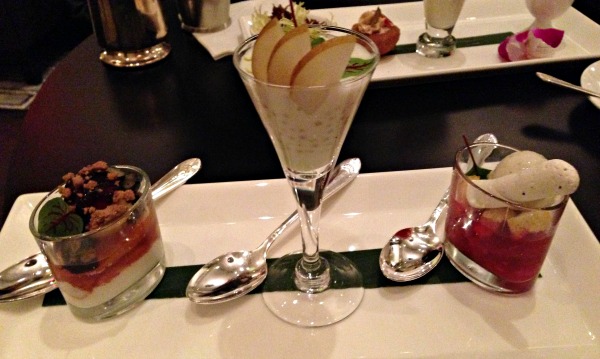 Unfurling January 21 through February 8, the winter installment of the annual twice-yearly eating event celebrates its 29th year with a tasty line-up of 370 restaurants offering two-course lunches for $26 and three-course dinners for $42. It’s the perfect time to sample a new cuisine or neighborhood or both, and raise a glass to the easy availability of great food in a city aptly nicknamed for a piece of fruit.

Forty two participants are in hotels, up from 30 just five years ago but down from a high of 44. New this year are Scarpetta in its stylish new digs at the James NoMad, the spirited outpost of Dos Caminos at W Times Square, the polished Whitby Bar and Restaurant at the Whitby and, returning after an absence, the Palm Court and Todd English Food Halls at The Plaza.

Three long-time participants closed — David Burke Kitchen at the James NoMad, the French-inflected Triomphe at the Iroquois and sprawling La Sirena at the Maritime, felled by fallout from sexual misconduct charges against owner Mario Batali. Taking a break this time are four RW veterans — John Dory Oyster Bar and the Breslin at Ace, upscale Mexican restaurant Bodega Negra at Dream Downtown and the unpretentious North Square at the Washington Square Hotel.

Here’s where to dig in for Restaurant Week 2019 if you’re a hotel geek. And keep in mind: many of the participants offer RW-style prix-fixe meals year round.