It’s not just hotels. Covid 19 has shuttered dozens of restaurants and bars situated in hotels. We don’t know which ones will reopen, but here are three, all notable, that will not. They won’t be the last.

Augustine, Keith McNally’s celebrated Parisian brasserie in the stylish Beekman Hotel, made an eagerly awaited debut on November 1, 2017. With a bar straight out of a Manet painting, glazed tiles hand-painted with flowers and cockatoos and a clock worthy of the Gare du Nord, as one writer put it, Proust might have recognized the setting, minus the mix of well-heeled, 21st-century  locals, Europeans and FiDi bros tucking into salt-baked oysters, dry-aged steak and tart Tatin. I breakfasted here too many times to count, drinking in the heady surroundings with fragrant black coffee and avocado toast. 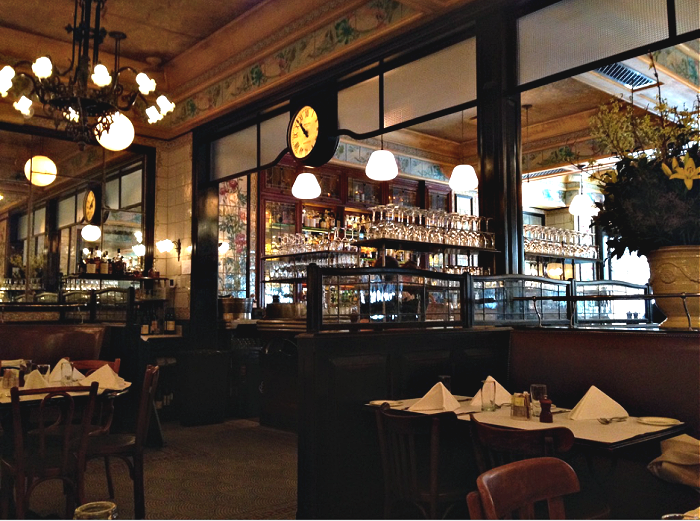 In retrospect, I’m sorry I never tried the Comté and onion smothered burger served with a shot of bourbon, available at lunch and dinner. But given McNally’s winning formula for creating atmospheric, long-lived restaurants like Balthazar, Pastis and Minetta Tavern, it never occurred to me that Augustine would last for a blink. Sounds like McNally was confounded as well. “I have tried very hard to find a solution with our landlord, but he was simply not flexible enough to make this happen,” he wrote on Instagram.

For more than 35 years, Sarabeth’s East Side served up posh womb food like free range chicken pot pie, omelettes with homemade pumpkin muffins and Cobb Salad with lobster, shrimp and crab in Carnegie Hill’s historic Hotel Wales. When the Wales closed in January to be converted into luxury condominiums, Sarabeth’s pressed on. But with Covid, the restaurant closed temporarily, then permanently, a one-two punch we’ll be seeing a lot in the coming months. “If there’s restaurant space available after the conversion of the Wales, we’ll certainly consider reopening,” they posted on Instagram. 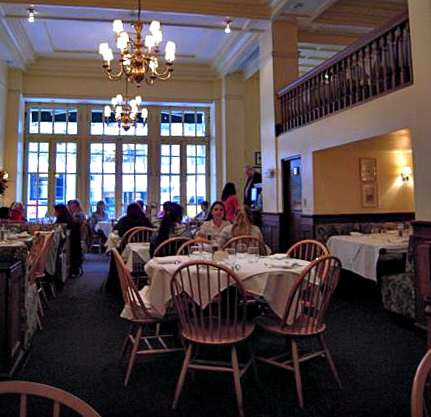 Begun modestly in 1981 as Sarabeth’s Kitchen, a showcase for Sarabeth Levine’s wholesome baked goods and preserves, Sarabeth’s East opened in 1983 as an upmarket diner that looked like a Beacon Hill dining room, was packed to the rafters for weekend brunch and begat four bustling branches, including Sarabeth’s West, home to the vaunted pumpkin waffle. For now, plans call for the others to reopen.

Opened in 2013, Beacon Bar was a moody cocktail lounge that could seat 62 guests, boasted a creative bartender and had a built-in audience thanks to its location between the Beacon Hotel and the historic Beacon Theater, host to blast-from-the-past music acts like Cyndi Lauper and Earth and Wind and Fire — and occasionally, The Tony Awards. Locals turned up, too, including dancers from STEPS, the elite dance school across the street, lured by the clever craft cocktails and sophisticated but comfortable setting. It seemed like a keeper, in other words, until Covid. News of the permanent closing came in a letter, head bartender Mike Manjon told the I Love the Upper West Side blog. “For me, it was always about building that community, from people from all over the world who were very transient to regulars I saw every day. The Beacon was very special to me,” he said.  He’s not the only one who will miss it.

What Is the Top New York City Hotel in 2020 According to Tripadvisor Review... The Met Museum Returns With New Shows, A Fresh Look And A Friendly Attitude
Scroll to top