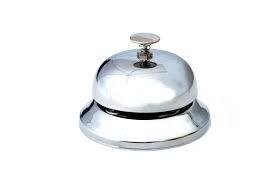 Releasing a “best list” of hotels in the middle of a pandemic that has shuttered countless properties, some forever, seems a bit awkward. But Tripadvisor is nothing if not indomitable, and on July 31, their  2020 Traveler’s Choice list of the 25 top hotels in the U.S. and the world landed. How did New York City hotels fare?

New York hotels haven’t had much luck scoring a spot on Tripadvisor’s best in the world list, and this year was no exception. As for best in the U.S., just one New Yorker made the grade — Hotel Giraffe, an airy, NoMad boutique hotel that was 16th on the list. (It was 12th last year, but hey, still good.)

Tripadvisor winners tend to be independent, comfortable, affordable and stylish without being groundbreaking or edgy, characteristics Hotel Giraffe exemplifies. Opened in 1999 in a trending neighborhood, the 73-room hotel arrived with a splash. Boutique hotels were still a relatively new phenomenon. and unlike many in New York, the Giraffe occupied a handsome, newly built, brick building instead of a renovated oldie. Guests were lavished with unexpected  amenities like a breakfast buffet and evening wine and cheese. And at a time when traditional hotels felt stuffy, the Giraffe imparted an easy, friendly atmosphere. 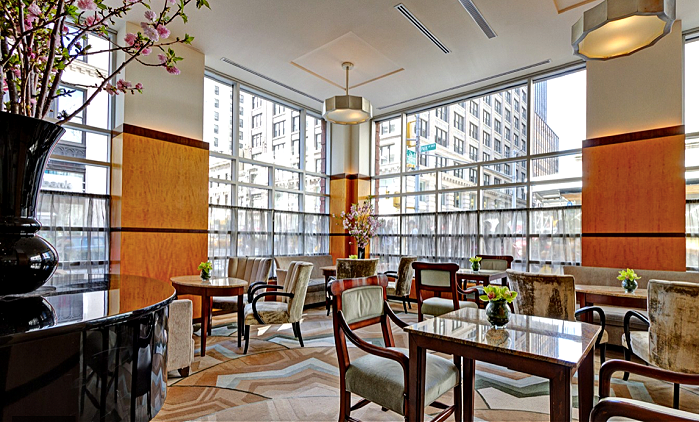 Fortune’s smile widened in 2008 when the hotel’s Penthouse Piano Suite appeared as Mr. Big’s apartment in Sex and the City: the Movie. Design credits go to the husband/wife team Stephen B. Jacobs Group PC and Andi Pepper Interior Design, whose hotel resume includes the Plaza Athénée, The Gansevoort and The Library Hotel, a sister property to the Giraffe.

As expected, the Giraffe has been refreshed over the years, but its design DNA is indelibly Millennial, a look that’s embedded in the wood paneling, architecture and furniture — and to my eyes appears somewhat dated. What it does offer unlike many boutique properties new and old is spaciousness — a light-filled common room so big that a grand piano doesn’t dominate, an open-air roof terrace with drinks and ample seating and guest rooms that, while generically dressed, are roomy. Fun fact: owner Henry Kallan named the Giraffe for is favorite animal. The hotel is currently closed due to Covid but is expected to reopen August 31 with rooms starting at $196. And what does Tripadvisor say? “In one word — fantastic!”

What was the top hotel in the U.S. in 2020 with the Tripadvisor crowd? The French Quarter Inn in Charleston, South Carolina, a classic boutique property in the city’s historic district that has reeled in top Tripadvisor honors for the world and the U.S. for five years (first place in the U.S. and 24th place in the world for 2020). “Clean, comfortable and relaxing” to quote Tripadvisor. Pandemic prices from $223 a night.

Meanwhile, the world’s top hotel according to Tripadvisor reviewers is Viroth’s Hotel in Siem Reap, Cambodia, a relaxed, 35-room property with a mid-century mod vibe, lush plantings and white-walled rooms overlooking the pool. Bonus: the hotel is a 15-minute drive from Angkor Wat. Or in Tripadvisor speak: “Fantastic hotel, fabulous staff.” Pandemic prices start at $147 a night.

Bribing the Guests: Hotel Offers Cash for Good Reviews on Tripadvisor
What’s the Most Expensive US City for Travelers This Summer?
Did You Know Prague’s Golden Well Is the Best Hotel In the World? Meet Tripadvisor’s Top Hotels of 2011
What NYC Hotels Do Tripadvisor Reviewers Like Best?
Another Unexpected Cameo for the Hotel Carter on “Smash”
Meet Tingo — The New Online Booking Site with the Amusing Name
0 replies