We don’t report every hotel restaurant opening and closing. But this week’s news that the John Dory Oyster Bar at the Ace Hotel would close on February 23 was noteworthy — and not just because we love their kedgeree.

This was our favorite restaurant at the Ace. Though it supposedly was designed as a tribute to New York’s oyster bar history,  it reminded us of something out of London’s East End — or the raw bar at Bibendum. Part of it was the fish tank globes and the building’s original 1904 tile floor. But mostly it was food like the kedgeree, a rich, delicate mass of boiled rice, smoked haddock, parsley and ribbons of scrambled egg that deftly updated a hoary old British cliche. 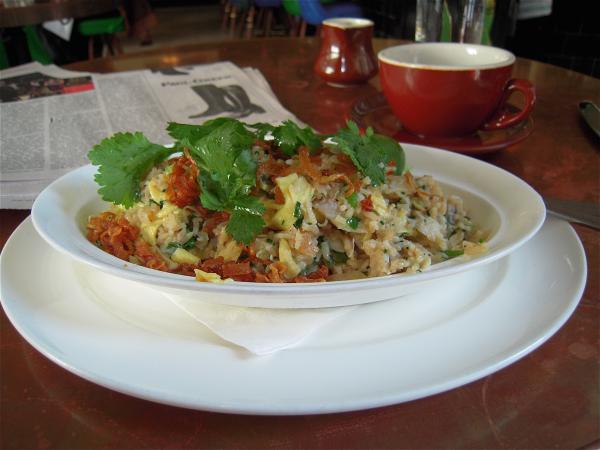 Kedgeree at The John Dory

The British influence was the real deal thanks to the restaurant’s British-born chef April Bloomfield, one of the most successful female chefs in the U.S. and one-time business partner of restauranteur Ken Friedman. Together they launched eight restaurants on both coasts, starting with New York’s Spotted Pig, the British-inflected gastropub. The John Dory opened in the meatpacking district in 2008 before moving to the Ace in 2010. But in 2017, Friedman exited the partnership amidst accusations of verbal and sexual harassment. The pair’s small dining empire subsequently shrunk, leaving Bloomfield in charge of four, including the John Dory and the Breslin, the Ace’s popular gastropub, which remains open but lost its Michelin star in November.

News of the John Dory’s demise was announced on Instagram. No reason was given. No regrets were offered, either. The good news is Milk Bar, chef Christina Tosi’s adventurous dessert chain, plans to open a flagship outpost in the space — the biggest Milk Bar to date, according to The New York Times. The Ace still has its Mojo.

So good bye oysters, hello compost cookies, an oddly lovable mess of pretzels, potato chips, coffee, oats, graham crackers and chocolate chips. And so long John Dory kedgeree, which whisked you off to London with every bite (minus the jet lag). We’ll miss it.

Best of the New: What We Saw And Loved at NYC Hotels in 2011
A Taste of England: Kedgeree at the Ace Hotel
2 replies