Every decade or so, someone comes along and tweaks the way hotels look and do what they do.

This month Michelin and Zagat had their say. Which hotel restaurants did these reviewing heavyweights smile upon?

The Modus Operandi differ sharply between the two guides. That said, you’ll see many of the same names in both. END_OF_DOCUMENT_TOKEN_TO_BE_REPLACED

You’ll have to come to town in January.

Another $100 gets you 14 hotels in a spiffier range. And for $300 you can sample a pair of boutique hotels normally in the $400-plus range. Can Brooklyn Hotel Week be far behind? END_OF_DOCUMENT_TOKEN_TO_BE_REPLACED 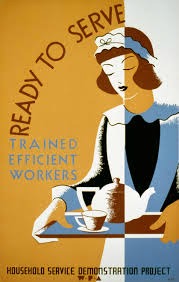 The news last week that the New York Hilton-Midtown plans to stop offering room service later this summer was a shocker. Envisioning a big player like the 1,980-room Hilton without food-bearing, cart-pushing servers is, at first blush, like imagining a hotel without fresh towels or porters or doors that lock.

Room service has been a basic amenity since it was popularized by the Waldorf Hotel, the 1893 forebear of the Waldorf=Astoria.

I know I’m a fan. I can recall a litany of memorable room service deliveries from a romantic breakfast for two at the Four Seasons New York, complete with a rolling white-clothed table bearing lemon ricotta pancakes nestled in a warming cupboard, to the midnight coffee – in a silver pot next to an orchid in a bud vase – my jetlagged husband and I poured happily at Honolulu’s Royal Hawaiian. END_OF_DOCUMENT_TOKEN_TO_BE_REPLACED

October isn’t normally thought of as the start of a new year – unless you’re publishing a restaurant guide. This month biggies Michelin and Zagat unveiled their 2013 guides to New York City restaurants. As always, we snapped up copies (yes, we still like paper guides).

We don’t know whether to be befuddled or embarrassed. We’re pretty partial to New York City hotels, but not a single one – not one! – landed on Trip Advisor’s annual Travel’s Choice list of the 25 Best Hotels in the World list published yesterday.

New York did better last year, when the city offered fewer rooms but apparently played to more enthusiastic Trip Advisor users.  Though none made the cut for the top 25 international hotels in 2011, the plucky Casablanca in Times Square rolled in at number eight for best in the US. Alas, it – and every place else here in town – was shut out of that list this time. END_OF_DOCUMENT_TOKEN_TO_BE_REPLACED

Sex, drugs and fluffy pillows. Think about it, dude. Rock musicians spend a lot of time on the road. The lucky ones score suites in some of the world’s best hotels. Those that don’t often crash in intriguingly oddball places. And things happen. Rooms get trashed. TVs get tossed into the pool. Harleys get driven into the lobby. END_OF_DOCUMENT_TOKEN_TO_BE_REPLACED

By the time 2011 morphed into a memory at the stroke of midnight, New York City boasted an unprecedented 90,000 hotel rooms. But the year that was didn’t just set records. If 2011 was a wine we’d raise a glass (and buy several cases). END_OF_DOCUMENT_TOKEN_TO_BE_REPLACED

As hotels have edged into endeavors that have nothing to do with lodging – art galleries! screening rooms! bingo nights! – retail scores high as a splashy extracurricular effort.  With Barneys edging out Walgreens as a role model, it can be easier to find a one-of-a-kind necklace than a newspaper – remember those? – in the shop adjacent to the lobby.

This can be a good thing as the holidays move into full swing. We set out on an informal shopping spree, camera in hand, and came up with a sampling of items that would look good under a tree, from stocking stuffers to big ticket.

Remember the scene in Ratatouille where a forkful of vegetable stew sends the grumpy restaurant critic into Proustrian raptures and transports him back to his carefree childhood? END_OF_DOCUMENT_TOKEN_TO_BE_REPLACED