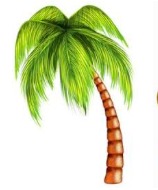 It was a dark, bitter winter weekend in New York. Prime time, in other words, for the New York Times Travel Show to roll into town with the promise of escape. I spent a day at the show, nibbling Vermont cheese, sampling New York maple syrup, listening to app pitches and seeing the world as packaged by the travel industry, ca 2016. Here’s what caught my eye.

Fly south for the winter With raging 90-mile-an-hour winds and horizontal sleet, you don’t want to go near the Falkland Islands for much of the year. But from November through January, summer in the Southern Hemisphere kicks in. With wildlife that wowed Charles Darwin, including killer whales, elephant seals and over one million penguins, the Falklands rolls out the green carpet.

“Our black-browed albatross was brought out of extinction,” said Austin Tony Mason, director of the Falkland Tourist Board, sporting a penguin cutout on his tailored shirt. It’s a schlep: 400 miles from the south-eastern tip of South America. And you can only fly in and out once a week. Which leaves plenty of time to island hop (choose from 740), hike, fish, stargaze, indulge in water sports, bed down in guest houses and meet the locals (there’s only 2,500, and they speak English). The travel show crowd seemed intrigued; by mid-afternoon Saturday, only 300 of the 5,000 brochures flown in were left.

Renew your passport with an app  ItsEasy’s American flag-colored booth was a mob scene. Yes, people scooped up cards detailing the company’s new passport renewal app, launching later this month. But the bait was free passport photos, snapped in a white walled cubicle, a perk that landed ItsEasy the Best Show Service award.

Designed to let you renew without leaving home, the new app offers timely renewal reminders, an email with a passport form to print and complete, a checklist, a trackable USPS shipping label and e- and phone help. The big perk: you can take your own passport photos at home on your iphone, posed in front of a white wall. All yours for $29.95 on top of the U.S. Government renewal fee.

Check out Taiwan Festooned in orange lanterns, Taiwan’s big square booth near the show’s entrance was impossible to miss. “People don’t know much about Taiwan,” said a representative, explaining why the tiny island nation opted for a large footprint and pride of place (they also brought a dance troupe — see left). Forget Snake Alley; Taiwan is pushing natural beauty as embodied by national parks, miles of beaches, copious mountains and boundless wildlife (bird and mammal). The booth drew crowds, but the big lure — free bubble tea, a wildly popular Taiwanese invention from the 1980s — ran out just as I joined the line. They promised there’d be more on Sunday.

Lounge in a Canadian massage chair With a national health system that subsidizes spa visits, Canada is the go-to country for sensibly priced wellness spas. Set in the woods of rural Quebec, Spa Eastman is among the best of the bunch. Having good memories from a stay a few years back for a magazine story, I joined the line waiting to road test the imposing specimen of relaxation hardware they’d brought (see left).

“It’s like an orchestra for your body,” declared the woman ahead of me as she emerged. More like karaoke, it combined a supremely comfortable lounge chair that sends vibrations through your frame (weren’t these once called Magic Fingers?), a soothing soundtrack played through headphones and, to prevent distractions, a large dome that fits over your head and pulsates pleasantly with colored lights. Check into the spa, and you can indulge for 30 minutes morning or night (or both).

Come to Iran Meet the next Cuba. The big containment deal between Iran and the U.S. still isn’t signed, but that hasn’t stopped the siren call of tourism. At the high end, Times Journeys from The New York Times offers the dreamy sounding Iran: Tales from Persia, a 13-day history-based educational tour starting at $7,195 (and almost completely sold out).

But at Iran Tours USA, a modest booth near the back of the building, Fam Trip to Iran, the booth’s lone offering, unfolds for eight nights, September 2 through 9 for $2,775. “And that includes airfare from New York. You want tea?” said the black-scarfed woman running the booth and eagerly pressing styrofoam cups of sugary saffron tea on all who passed by. From the Shah Palace and the Persepolis to the Ali Sadr Caves and the cities of Isfahan and Shiraz, built at the apex of Persia’s intellectual and architectural achievements, Iran awaits, a cultural and historical cornucopia. And you probably haven’t been there.

Follow the sap When Robb and Lydia Turner purchased Madava Farms in Dover Plains, New York as a Hudson Valley retreat, they discovered their land was home to groves of maple trees that had produced syrup for Civil War-era farmers. Fast forward to 2010. Working with a representative from Cornell University’s Uihlein Sugar Maple Research and Extension Field Station, the farm is once again producing organic maple syrup, and it’s delicious. All that was missing from the Crown Maple Syrup I sampled was a stack of pancakes.

With a wink at wineries, Madava Farms offers weekend syrup tastings and 60-minute demonstrations of how syrup is made (reservations required). As for its Upstate New York good looks, the farm appeared on Governor Andrew Cuomo’s holiday card for 2015.

Eight New York Hotels That Know How to Dress for the Holidays Eat Up! NYC Winter Restaurant Week Returns January 18 through February 5, 2...
Scroll to top