New York is not among the five American cities with hotels included in Tribute Portfolio, the new collection of independent four-star hotels announced this week by Starwood Hotels and Resorts Worldwide. But give it time. 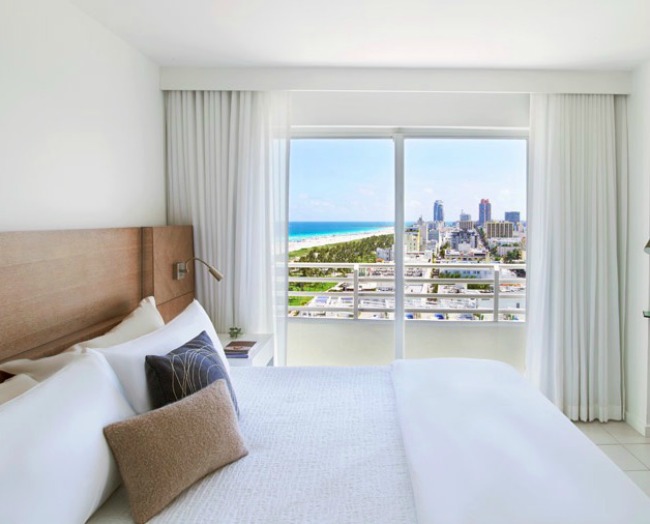 Starwood is in talks with two hotels that fit the bill and hopes to have a Tribute Portfolio property (or two) in New York by this time next year, says Dave Marr, Starwood senior vice-president of brand management.

Expect those hotels to be situated in downtown Manhattan or possibly Brooklyn. Speaking at the brand launch, Marr stressed the importance of location in choosing Tribute’s properties, expected to number 100 in five years. By location, he means specific neighborhoods, not cities. Focus groups questioned about where they’d like to see Tribute hotels in New York City were emphatic. “They didn’t want Times Square,” he says.

The benefit for the customer is Starwood rewards. Tribute offers Starwood Preferred Guest members a chance to earn and redeem Starpoints at properties outside Starwood’s W/Westin/St. Regis loop. A survey of SPG members found 89 percent want to stay in independent hotels, especially for leisure travel. SPG members can earn up to 10,000 bonus points for a stay at a Tribute Portfolio hotel through July 15. At the moment, the only option is the freshly renovated Royal Palm South Beach Miami, but new hotels are expected to open soon in Asheville, North Carolina; Nashville, Tennessee; Savannah, Georgia and Charleston, South Carolina.

Owners continue to have more freedom to design and manage their properties than they would if they joined the W or Element fold, though certain guidelines are sacrosanct. Bedding, curtains and other “soft goods” must be changed every six years and furniture, aka case goods, after 12 years, for example. Whether Tribute hotels choose to install the RFID lock system that allows SPG members to open guest room doors with a iPhone or iWatch is up to them.

For now Starwood is on the hunt for properties that fit the new brand, its version of a star search, if you will. While properties have come to them asking to join, “if we sit back and wait it isn’t going to happen,” Marr says. In the four-star category, or “upper upscale” to use the formal if oddly breathless name, branded and independent hotels are evenly divided. Among the 1,500 independents in play, Starwood has between 500 and 600 targeted as possibilities for Tribute Portfolio. Stay tuned.

A Glamorous Parade of Easter Bonnets — In Chocolate! — At The Peninsula... Eco-Friendly in New York: Which Hotels are Greenest?
Scroll to top