If you, like me, were saddened to learn about the demolition of the iconic Main Building of the Hotel Okura in 2015, there’s intriguing news. Tokyo’s Ashai Shimbun reports that the building’s midcentury lobby, widely hailed as a masterpiece of Japanese modernist architecture, is to be faithfully reproduced in the towering new Okura hotel that’s scheduled to open in the fall of 2019, just in time for the 2020 Tokyo Olympics. 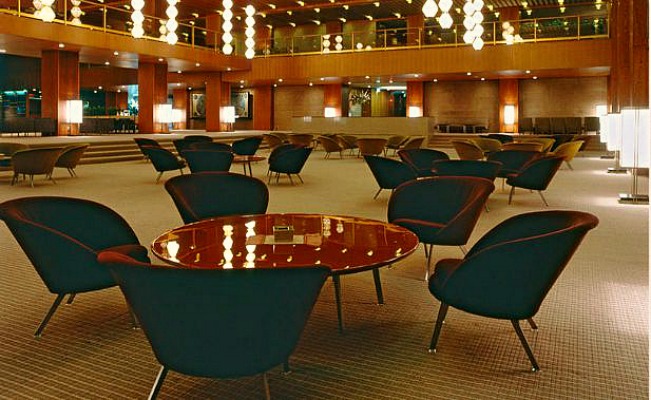 An image released by the hotel shows plans for a lobby that’s a dead ringer for the original, replete with Okura lanterns and lacquered tables, devised by Yoshio Taniguchi, the eldest son of architect Yoshiro Taniguchi, the designer behind the original Main Building. In a statement, the Okura’s management acknowledged that the replica lobby didn’t just happen. “Partly because we received requests from across the globe, we reached the conclusion that Japan’s traditional beauty embodied at the Okura should be passed on,” Shinji Umehara, an executive director of Hotel Okura, said.

It’s tempting to snipe that the lobby’s appearance was so timeless and architecturally significant that it should never have been destroyed in the first place. But it’s more gratifying to point out that the Okura management listened to the chorus of international protests railing against the building’s demise, protests voiced by a group that no doubt included past and potential guests the hotel had no interest in alienating.

As we reported in 2015, the grass roots Save the Okura Project attracted a phalanx of preservationists like Bottega Veneta creative director Tomas Maier, Monocle magazine editor Tyler Brûlé and prominent architects, wags and scholars from Japan and beyond. The resulting petition boasted more than 6,000 signatures. 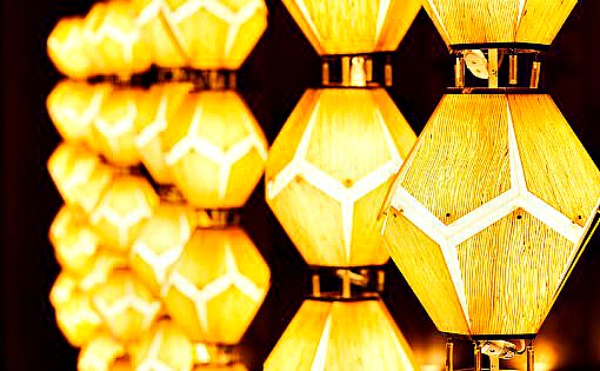 Iconic Okura lanterns set to return in the replicated lobby

The good news is the replicated Okura lobby, with its clean lines, minimalist decor and soaring spaciousness, should fit beautifully into whatever design is planned for the 41-story Okura Prestige Tower, a glass-faced, mixed use building that will include 550 hotel rooms and 18 stories of office space. The property, to be known as the Okura Tokyo, will also feature a 17-story glass-faced Okura Heritage Wing offering traditional Japanese-style guest rooms, and the existing Okura Museum, a squat, Japanese-style structure with a pagoda roof that houses an eye-catching collection of Japanese swords, calligraphy and paintings.

Designed in 1964 for the previous Tokyo Olympics, the original Okura lobby was deceptively complex, rich in Japanese symbolism and craft. Groupings of sleek fabric chairs with spidery metal legs circled the lobby’s round tables like the petals of a flower — always five chairs or six (four are considered bad luck). Master craftsmen painstakingly created the red lacquer tables in the traditional manner. A low ledge abutting a wall showcased flower arrangements devised by an Ikebana school.

Also returning is the original lobby’s iconic wall clock that showed the time in major cities on six continents. It’s hard to imagine a luxury hotel designed for midcentury jet setters without one of those.

And the Okura effortlessly reeled in a world-class 20th-century Who’s Who that included Richard Nixon and Jimmy Carter, John Lennon and Michael Jackson, and Charles and Diana. Even James Bond spent the night in You Only Live Twice.

But in recent years, the Okura looked worn around the edges and lost some luster. Contemporary globetrotters abandoned it for The Peninsula, The Four Seasons and the Park Hyatt,  a situation the owners no doubt hope the new Okura Tokyo will change. It’s too early to say if they’ll succeed, but at the very least it looks like the lobby will be worth a visit.

Want to know more about the Okura, its history and the Save the Okura movement? Here’s our post from 2015.