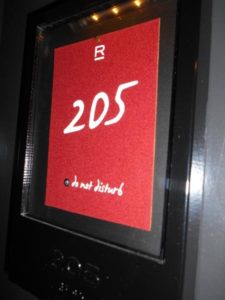 But we’re seeing a darkening trend, walls bathed in gray, charcoal or to cut to the chase, black. The Refinery Hotel and NYLO New York are two less-than-a-year-old New York boutique hotels with dark halls. (The 11-year-old Maritime was an early adopter, sporting midnight navy halls as was the Royalton with deep gray.) END_OF_DOCUMENT_TOKEN_TO_BE_REPLACED 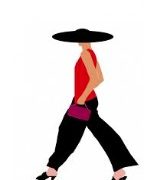 Mercedes Benz Fashion Week is back. In other words, dancers from New York City Ballet aren’t the only sylphs swanning around Lincoln Center between February 6 and 13.

Small surprise nearby hotels have once again leapt into action, even though many of this winter’s shows have strayed from the Lincoln Center mother ship. (Sixty-nine designers are still showing in “the tents.”) Here’s what’s doing within walking distance – or a short cab ride – from the main event. END_OF_DOCUMENT_TOKEN_TO_BE_REPLACED