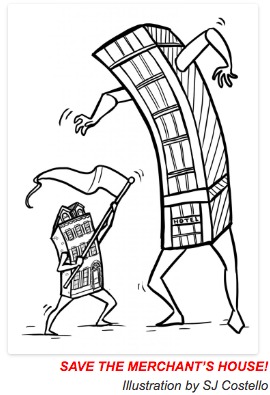 We’ll know soon. After more than six years, an answer could come today that will determine the future of an unremarkable looking plot of East Village land currently occupied by a storage garage for food carts. A developer wants to build an eight-story hotel on the lot. But next door stands the historic Merchant’s House Museum, a late-Federal brick townhouse built in 1832 and one of the city’s few buildings with a landmarked interior and exterior.

Since 2011, when the developer, Kalodop II Park Corp, announced their plans, preservationists, history buffs and museum aficionados have been fighting the proposal, claiming the structurally fragile house won’t survive the construction next door. Or to quote Margaret Halsey Gardiner, the execute director of Merchant’s House, in a “call-to-arms” on the museum’s website, “The museum’s fragile, 186-year-old building would suffer catastrophic structural damage and likely collapse during construction.”

The project has dragged on for years in part because the developer’s plans call for a taller building than East Village zoning allows. In 2014, the developers scored a victory when the the Landmarks Preservation Commission approved the design by SRA Architecture and Engineering for a 100-foot-tall brick building, even though one of the commissioners deemed it “drab on so many levels.” 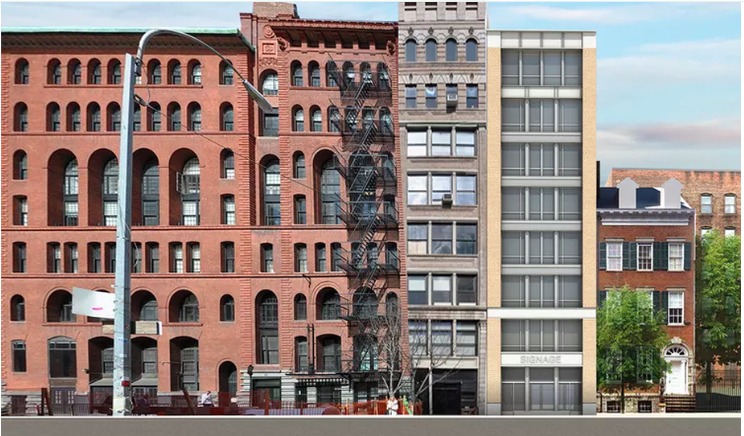 But because the building would be tall, the developers applied for several special permits. In August, the City Planning Commission rejected the recommendations of both Community Board 2 and Manhattan Borough President Gail Brewer and voted to approve the application. But three weeks later, members of the City Council Zoning Subcommittee and Land Use Committee voted to reject the application.

Which brings us to today, when the full City Council will vote.

As hotel enthusiasts, we at Overnight New York love new hotels, especially if they’ve got style. But not every hotel is a gem. And not every corner needs a hotel or a bank or a Walgreens. We hope the City Council rejects the proposal. Click here if you want to sign the petition (there’s still time).

We’ll report back after the meeting. In the meantime, think about visiting Merchant’s House Museum if you’ve never seen it. In a city that has just about everything, this plucky townhouse, the lone survivor of a block of connected row houses, offers something unique — time travel. Some say there’s even a ghost.
Merchant’s House Museum, 27 East 4th Street, 212 777-1809