The Maxwell was a historic property in its way, so we gave it an obit.

The Maxwell has the distinction of being one of the first major New York City hotels to close permanently during the Coronavirus outbreak.

But to be fair, the hotel was teetering before the pandemic arrived.

The first coffin nail came in April 2018 when W New York was booted out of the purposefully hip W hotel chain, now a part of Marriott. It was a newsworthy de-branding. W New York was the first W hotel ever when it opened in 1998.

The hotel was also historic in its way, the first boutique brand to be launched by a large hotel corporation, joining solid but stodgier compatriots like Sheridan, Westin and the Luxury Collection under the Starwood Hotels umbrella. These days, corporate boutique brands like Aloft, Moxy, Tryp by Wyndham, Even Hotels and 1 Hotels are almost too numerous to mention. But 22 years ago, independently run boutiques like Morgan and Royalton ruled the day.

The hotel was showing its age in 2014 when it underwent its final hail mary renovation. The revamped “Living Room” offered a promising start with glamorous  — and plentiful –club chairs and sofas and a curtain of tubular lights that continually changed color, easing from moody pastels by day into nightclubby magentas, golds and tangerines. The adjoining bar — daytime coffee and snacks, night time drinks  — was an appealing place to hang out, meet a friend, catch up on work (everyone wielded an iPhone or laptop) or just drink in the elbow room, especially sweet if you were staying in an aptly named “Cozy Room.”

But most rooms were too teeny for the W price, which could explode to $500 a night during peak season. Even a hanger rod that lights up when you open the closet door won’t cut it when you have to squeeze past the wall and the foot of your admittedly stylish bed to get out of the door.

The hotel was big, and not everything was renovated in 2014. Heartbeat, the spacious hotel restaurant, a David Rockwell-designed groundbreaker when the hotel opened, looked dated the last time we stopped by with its glassed in waterfall, pumping bravely.

As we wrote in what turned out to be our final review, “though the hotel calls itself a boutique, under its stylish surface it’s basically a large business property with tiny rooms (and even tinier bathrooms).”

Enter Tribute Portfolio, a subset of Marriott specializing in agreeably priced, design-forward hotels in urban settings. The defrocked W fit like a glove. And new prices in the $150 to $250 range a night were more realistic, though a facility fee bumped things up. From our lone visit last year, nothing had changed except the name. Reviews on TripAdvisor ranged from “great location, great value for money” and “stylish design” to “photos don’t match reality.”

It wasn’t enough to survive a coronavirus closure. So RIP Maxwell and W New York. For a trendy boutique hotel, you had quite a run. 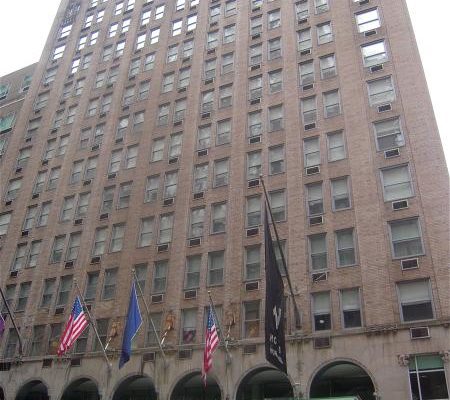 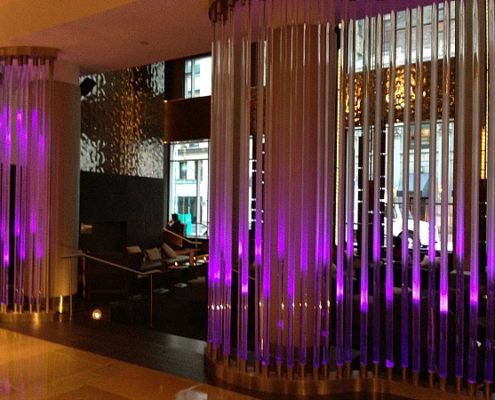 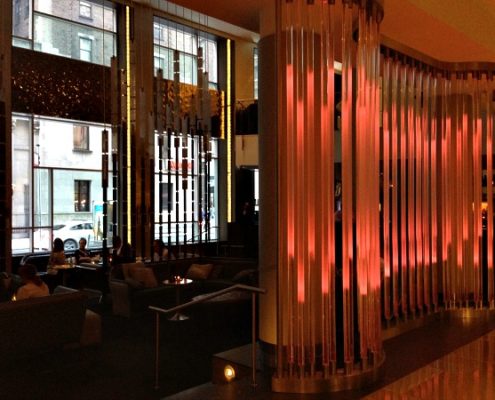 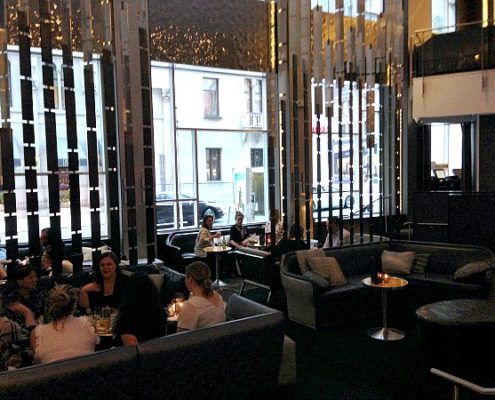 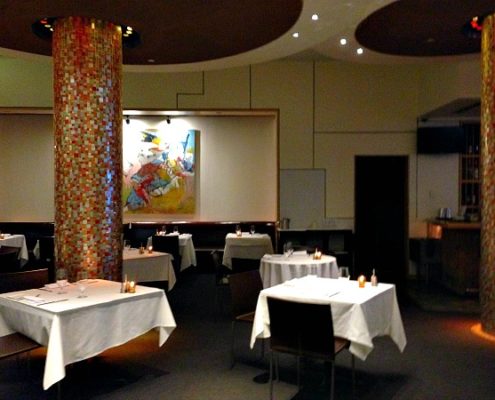 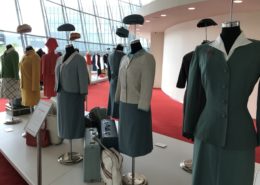 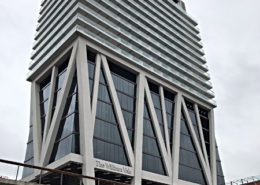