At a glance: In recent years this classic turn-of-the-previous-century hotel has had more names and identities than Sybil. After a century as the Martha Washington, a one-time women’s hotel, the property had four different names (and looks) between 2003 and 2014, when it reverted to the Martha Washington. But in 2015 the property was acquired by SBE hotels, the splashy LA boutique brand (formerly Morgan Hotel Group), and voila, it’s the Redbury New York (for now).

Renovated in 2014, the property breezed into its second century as a moderately priced hotel with style to spare. And it still does though it’s being tweaked by designer Matthew Rolston to fit the Redbury’s take on Hollywood/Haight Ashbury glam.

Reconfigured beyond recognition by the 2014 renovation, public spaces are smart and (reasonably) generous. You walk past the airy Marta restaurant to get to the check-in desk, a monumental affair that looks like something out of Metropolis. Keep walking and a 21st-century lobby awaits, a generous space with discreet seating areas built to multitask. Mid-century Knoll-style chairs and small sofas circle the tables, as ideal for sipping drinks as playing a laptop (or conducting a job interview, as at a table near mine). The bar, open late in the afternoon, insures those drinks are fresh.

With prices hovering around $179 for a queen bed room, the Redbury offers good value with a stellar location, its white-hot Marta restaurant and snappy guest rooms, brightened with splashes of red and adorned with a suite of framed black-and-white prints and silhouettes, a sly wink at its one-time Federalist period namesake and the nation’s first First Lady ( famous guests from the hotel’s women-only era included Silent Film actress Louise Brooks).

Rooms: Simple but stylish, rooms range from cozies (140 square feet with a single bed) to palatial (400-square feet with two double beds). The Deluxe King room was enormous; the big bed dressed in 300-thread-count Bellino sheets and bright red plaid throw at the foot felt like a drop in the ocean. It felt great when I plopped on it (the mattress is a Simmons). And I liked the aforementioned black-and-white prints and silhouettes in suite of round and square frames on the tomato red accent wall (rooms are white). The newish bathroom, updated completely when the hotel was renovated as the Lola in 2011, was tiled in gray in a herringbone pattern. It gleamed with a roomy glass-paneled shower and a large rectangular washstand, illuminated by a round backlit mirror.

Food and drink: Run by uber-restauranteur Danny Meyer of Union Square Hospitality, Marta’s is a buzzy Italian-inflected thin-crust pizzeria that attracts a local crowd and is jam-packed at lunch and dinner. A handsome brick over cooks the pizzas, ramping up the visuals in the double-height dining area and adjoining bar. Drinks are also available evenings and afternoons at Veronica’s lounge and bar in the lobby area opposite the elevator. Should you wish to venture beyond the hotel, eating opportunities abound from the chic NoMad restaurant at the NoMad hotel to ShakeShack in nearby Madison Square Park.

Surroundings: The hotel’s outskirts-of-midtown location was until recently a bore at best. But a spate of stylish, trend-setting hotels have opened or reinvented themselves in recent years including the NoMad, Ace, Eventi, James NoMad, Paul, Flatiron Hotel, the Evelyn and Roger New York. And suddenly NoMad, as the neighborhood is known, is a place to be. It’s still filled with warehouses and small businesses, some junky. But it’s a lot more interesting than before. And good things like the Empire State Building, the Fashion Institute of Technology, Macy’s, Madison Square Garden and Union Square (and its fabled farmers market) are not far away. Subway and bus stops are nearby, so it’s easy to get to the East Village, Nolita, Financial District and other points south. Midtown and points north are also convenient. And a neighborhood that was once a food wasteland is now bursting with dynamic restaurants and cafes.

Back story: This hotel has a past. It opened in 1903 as the Martha Washington, a humble, single-sex precursor to the classy Barbizon Hotel for Women. A classic residential hotel, it catered to women on their own in the big city, mainly secretaries and actresses. In The Valley of the Dolls the smoky-voiced ingénue Anne Wells checks into the Martha Washington after moving to New York from New England. In real life actress Louise Brooks stayed in the 1920s for a while but was asked to leave for “exercising on the roof in ‘flimsy pajamas,’” she wrote.

In 2003 the Martha Washington spiffed up, slimmed down from 416 rooms to 276 and morphed into Hotel Thirty Thirty, a moderately priced co-ed property brimming with backpackers. All was well, if frill free, until the dreaded b-word, bedbugs, popped up on TripAdvisor reviews in 2010. It was time for a grand-scale redo that went beyond new bedding and fresh paint. Hotel Lola opened in December 2011, and six months later was taken over – and renamed – by the King and Grove hotel group. In 2013 King and Grove acquired the Hotel Chelsea and renamed their group. Shortly after, all hotels in the K & G group reverted to their original names, and the hotel, fresh from its 2014 renovation, was once again Martha Washington — the co-ed version. But not for long. In November 2015 it was purchased by SBE and anointed the Redbury, a mash-up of red and Haight-Ashbury, joining the chain’s L.A. and South Beach outposts. 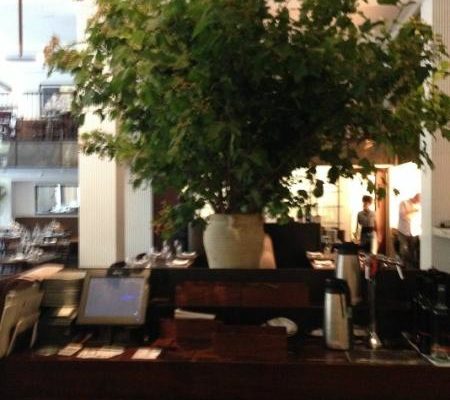 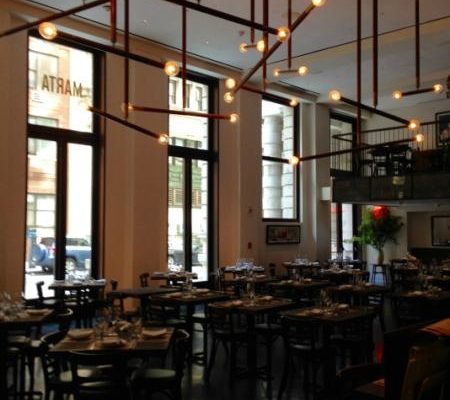 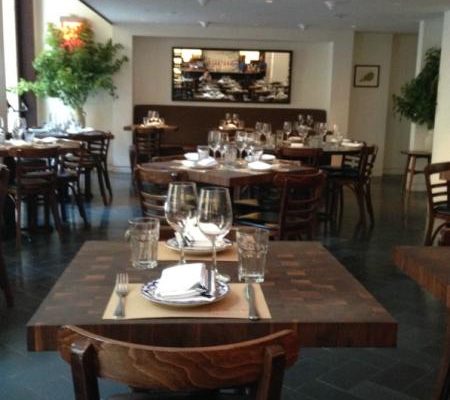 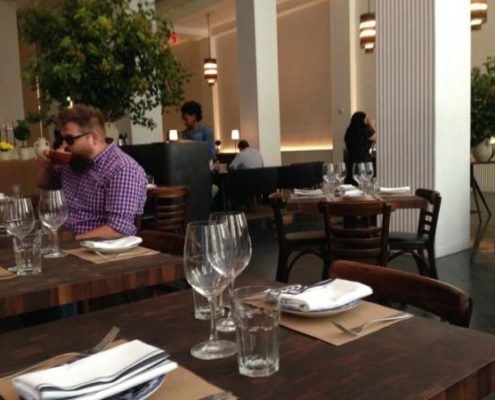 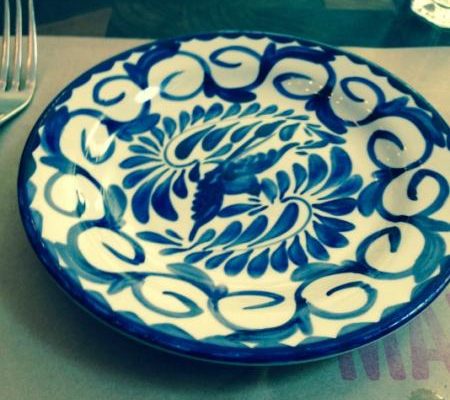 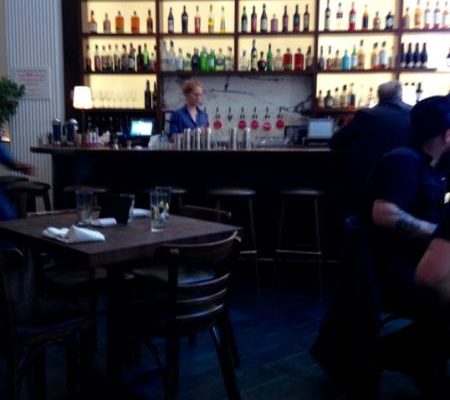 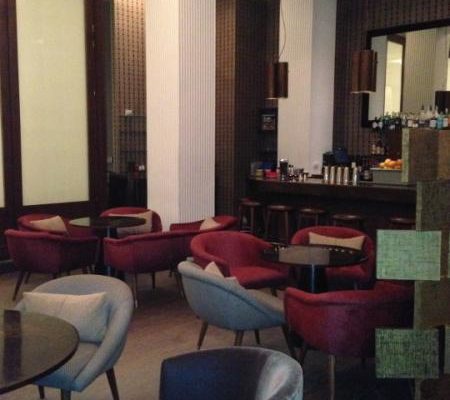 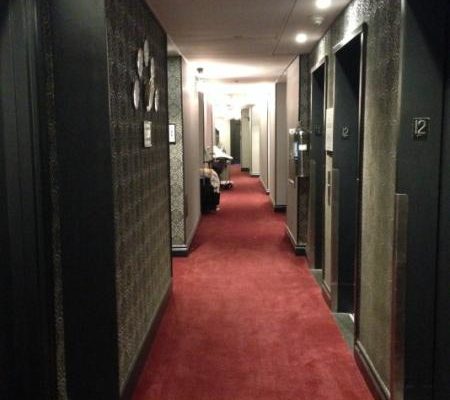 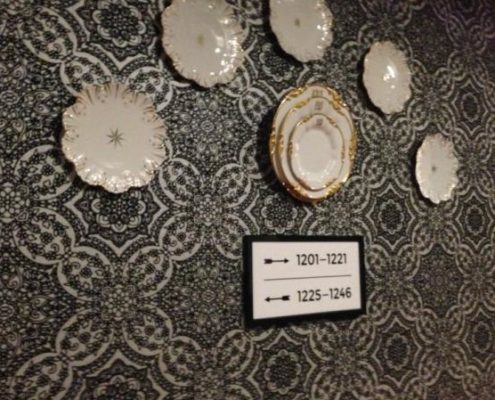 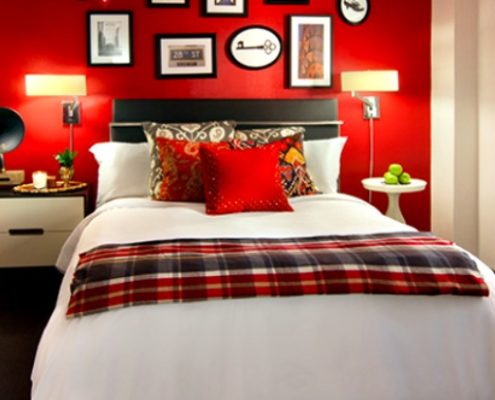 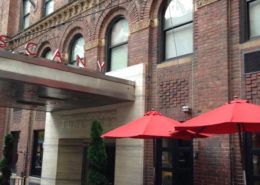 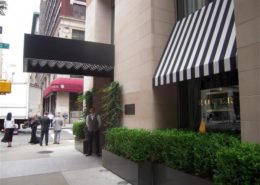 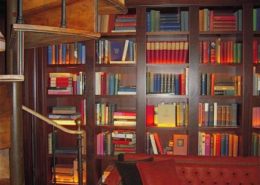 Wagner on the Battery
Scroll to top