At a glance: The Mansfield has been a pretty, not-too-pricey little hotel (126 rooms) since it was first spruced up in the early Nineties. And this French-inflected Beaux Arts building (gleaming copper turrets, expansive bay windows) became even prettier, and still not too pricey, following a makeover in 2007.

I like the whipped-cream white lobby’s impossibly high ceiling – and lavish cornices – and the comp bottled water when you check in. (Too bad there’s almost no place to sit).

But what I really like is the hotel’s A Tale of Two Cities vibe. You see Paris when you look at the polished wood banisters and wrought iron stair guards on the twin staircases connecting the floors.

And the compact wood-paneled library near the front door? Pure London, with floor-to-ceiling book shelves, a library ladder and a fireplace, gas-jetted but potent. Leather club chairs invite you to hang out, and many do. The place can get crowded.

Alas, the hotel looks unloved in places. The library, while clean, appears more perfunctory than personable. And the bookshelves cry out for curation — and restocking — does anyone really look at leather-bound encyclopedias?

Like many historic properties, the Mansfield is a quirky hotel. If the quirks work for you, and you enjoy grace notes that evoke Edith Wharton’s New York, great. If you plan to spend a lot of time in your room and are a stickler for space, look elsewhere.

Cool detail: The tiny, carpeted room in the back of the library, a pre-cell phone telephone booth, is outfitted with lipstick red banquettes, ideal for a quiet, if airless, tete-a-tete.

Rooms: Queen-bed rooms come in three sizes — small, smaller and smallest. But king-bed rooms are big enough for two people. Suites are available if you crave space; most have velvet sofa beds in the living areas, upholstered window seats and French doors with decorative frosted glass.

The rooms I saw had imposing rectangular upholstered headboards and were kitted out in manly blacks, tans and creams (a nod to the Mansfield’s origins as a men’s hotel?). The throw pillow adds a splash of color. Expect 300-thread-count sheets, pillow-top mattresses, flat-screen TVs and – bonus for allergy sufferers — good-looking ebony-stained hardwood floors.

Bathrooms are smartly renovated, most with large stall showers in lieu of tubs. Request a front room if you like streetscapes (and don’t mind street noise).

Food and Drink: A continental breakfast (cereal, bagels, Danish pastry, coffee, tea, juice) is served daily in M Bar. It’s free if you book directly with the hotel, but costs $10 if you book through a third party. There’s no restaurant, but room service is available at breakfast and dinner (and the neighborhood is packed with restaurants).

M Bar serves pricey, trendy drinks (Violet’s Blueberry Martini, the house quaff, costs $15) under a magnificent ceiling. The mood was congenial on a Saturday evening as a School of Norah Jones singer performed on an electric piano. Sipping a Mansfield Elixir (Stoli Vodka, ginger liqueur, honey and lemon — a cold remedy with punch) I listened as a jovial table of eight nearby discussed politics. And the two women next to me, fresh from an excursion to Chanel, unveiled their purchases (the entire room oohed and aaahed).

Surroundings: A cool block packed with hotels, clubs (Harvard, Mariners, Penn) and some appealing architecture. Times Square, the Theater District, Grand Central Station, Bryant Park and the New York Public Library are nearby. Rockefeller Center and Fifth Avenue shopping are slightly further afield. The subway is a four-block walk, and bus stops are steps away.

The building later was home to Max von Gerlach, said to be F. Scott Fitzgerald’s inspiration for Jay Gatsby. It was recast as a boutique hotel in the 1990s and renovated inside and out in 2007. The hotel is now part of the Denihan Hotel Group.

Keep in mind: Rooms have window air conditioners which are noisy, old-fashioned radiators and teeny closets. Hallways are extremely narrow. Rooms can be noisy due to street sounds. The free WiFi works better in the lobby than in some of the rooms. Premium WiFi is available for $14.95 a day. 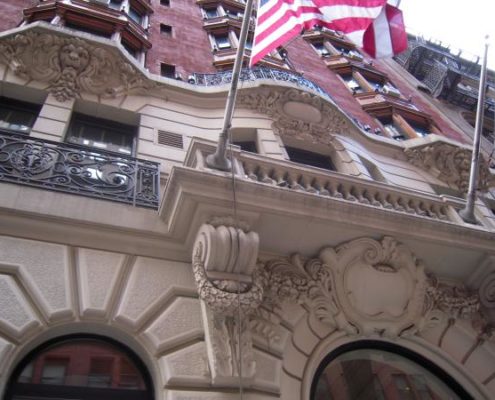 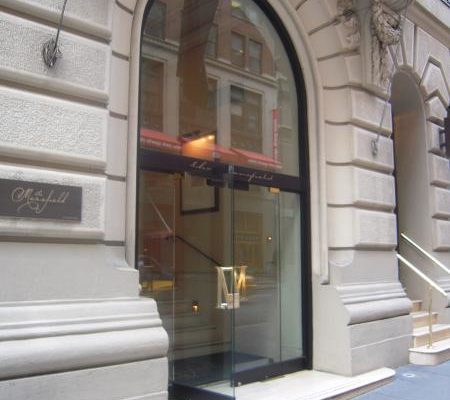 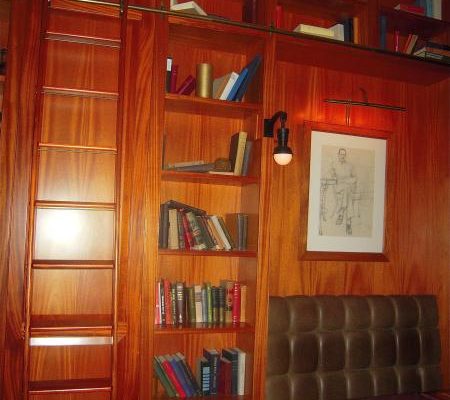 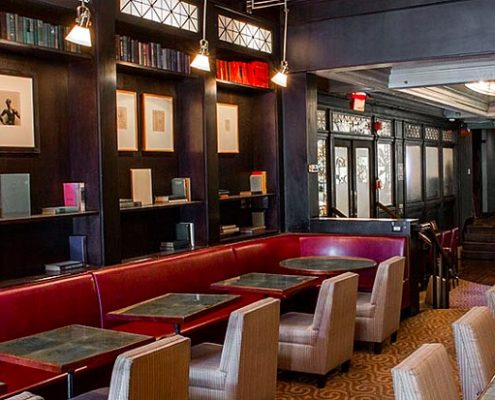 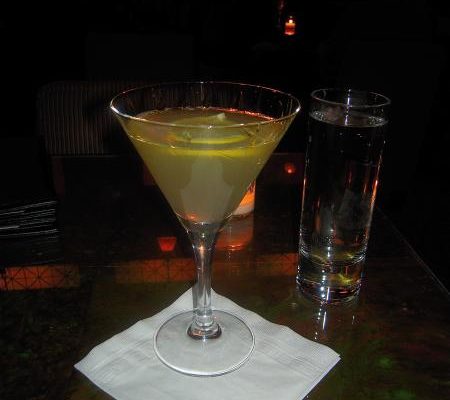 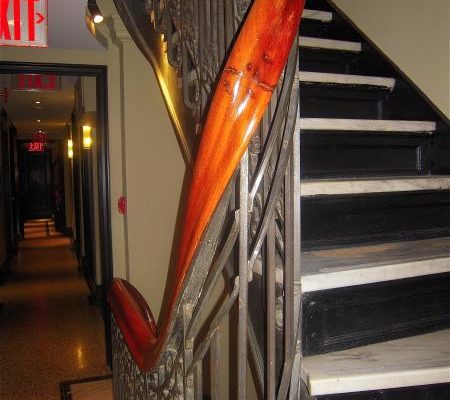 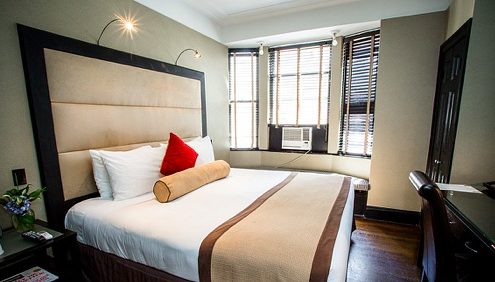