From our blog: I knew the Luxe Life Hotel looked familiar the moment I saw the gilded cupid perched beneath the word LIFE (also gilded) over the front door. I reviewed the property for The New York Times in 1991 when it was the Herald Square Hotel, a two-star budget hotel housed inexplicably in the Beaux Arts brick-and-limestone building once occupied by Life magazine. For $65 a night, you got a clean room, easy access to Macy’s and not much else.

The new Luxe Life Hotel is considerably more sybaritic. The multitasking lobby checks the big boxes, serving up an atmospheric bar, clubby leather sofas where you can chat, chill or check your messages and Marilyn, a congenial, wood-paneled restaurant named for the grandmother of one of the chefs, not Monroe. Home-made pastas, pizzas and mains like lamb shank and brook trout drive the seasonal menu.

But what distinguishes Luxe Life is its pedigree. Not only did the building house Life magazine for more than five decades, it was designed by architects Carrère and Hastings, the firm behind the New York Public Library and the Frick. Unlike boutique hotels that have to invent a theme, Lush Life inherited one. Vintage Life covers are a motif, showcasing the pre-Instagram, back-and-white glamour of Katherine Hepburn, Rita Hayworth and, yes, Marilyn, the famous one. Cool architectural details like the lobby’s exposed steel beams and the surprising crescent-shaped elevator are celebrated as reminders that the building was a high-tech trailblazer when it was built in 1895.

The wink at the building’s history extends upstairs where the crisply dressed guest rooms in wall-to-wall white channel the1890s with ornamental wrought iron king, queen or twin beds. It’s easy to imagine curling up with a book instead of a Kindle. Tiny black-and-white hexagonal tiles and classic wood wainscoting blanket the floors and walls in the super-white bathrooms. From there, mid-century mod simplicity takes over with tightly tufted sofas that convert to sleepers, stylish lighting and low, marble tables topped with vintage copies of Life.The art, including the chatty, hand-scrawled sayings framed above the beds, is by local artists.

Typical of vintage buildings, rooms vary wildly in size and shape. At 185 square feet, the smallest are unabashedly snug. The money rooms are those with oddly shaped private terraces, including one looking onto a sliver of the Empire State Building sandwiched between a pair of neighboring towers. Also eye-catching are the two second-floor executive suites outfitted with enormous arched windows.

Since the building’s history is too good to downplay, we’ll amplify it a bit. Long before Life was mid-century American’s definitive news photography magazine, it was a light entertainment publication patterned after Punch, the British humor magazine and packed with jokes, social commentary and cartoons. With its move into Carrère and Hasting’s stylish property in 1895, the 12-year-old magazine, became a real estate pioneer, occupying a prescient live-work space that housed staff offices, a high-ceilinged room for the printing press and apartments for staff members that included Norman Rockwell, who created art for 28 covers, and Charles Dana Gibson, whose fresh-faced Gibson Girls appeared regularly in the magazine

Life changed course when Henry Luce, founder of Time magazine, purchased it in 1936 and transformed it into a publishing juggernaut (peak circulation: 8.5 million). Photographers included Dorothea Lange, Robert Capra, Margaret Bourke-White and Gordon Parks, among others. After Life’s offices moved to Rockefeller Center, the building changed course, too, morphing downmarket into residential apartments, followed by the Herald Square Hotel

Its resurrection arrived in 2017 with an $8 million renovation that transformed the building into the Life Hotel, a stylish, upmarket boutique hotel endowed with a landmarked exterior, a newly hip NoMad location and the rich Life magazine legacy. Many of the changes on view today date from the redo devised for the previous management team by designer/restauranteur Tara Oxley.

But the team behind L.A.-based Luxe Hotels, a burgeoning collection of international boutique properties, has gifted its first New York property with its own flourishes, like the all-white bathrooms and new art. Coming soon is a basement speakeasy.

With low season rooms starting at $199 a night — and sometimes less — Luxe Life is a good deal, especially if you book directly. As with many buildings of its vintage, some rooms have wall A/C units. But there’s a compact fitness room, and Koreatown and Madison Square Garden are nearby. And, if it matters, you’re still steps away from Macy’s. 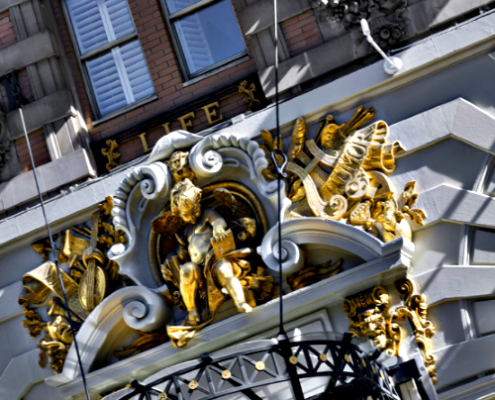 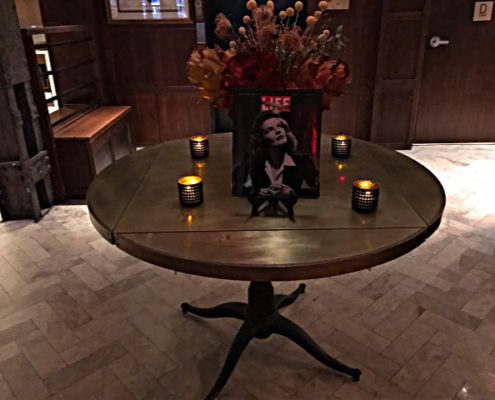 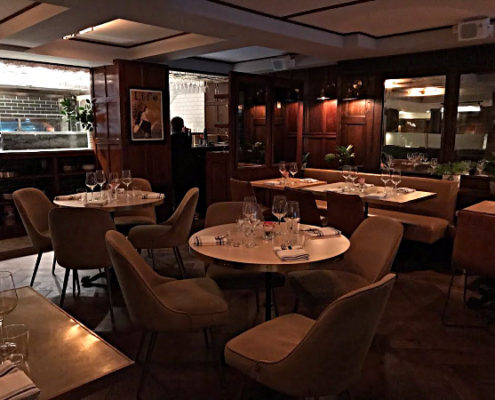 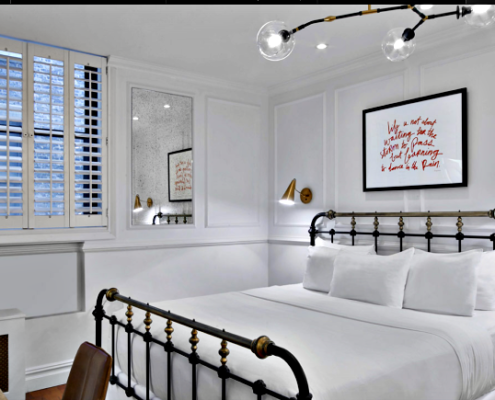 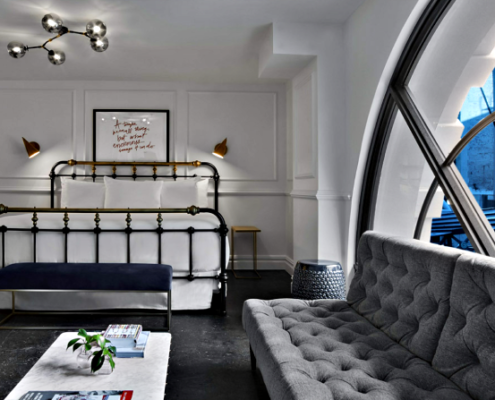 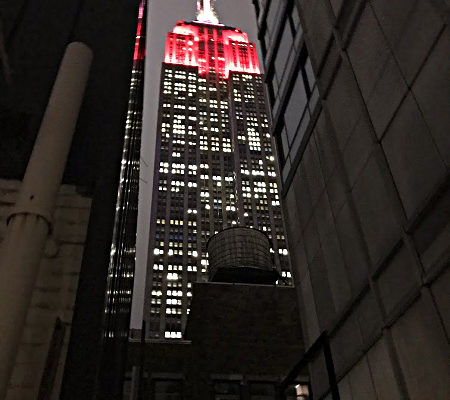