I missed the Metropolitan Museum of Art a lot during the nearly six months it was shuttered due to Covid 19. Turns out the Met missed me right back, along with the 7.36 million guests who visit annually.

As I reached the entrance for a preview last week, fresh from my temperature check, I was greeted by Met Director Max Hollein, who was handing out wrapped Water Lilies masks to visitors. The love continued as I entered the Great Hall. “Welcome back!” exclaimed staffers everywhere I looked. “Enjoy your visit!” I heard as I was clicked through. It took every ounce of restraint not to yell Yippee! 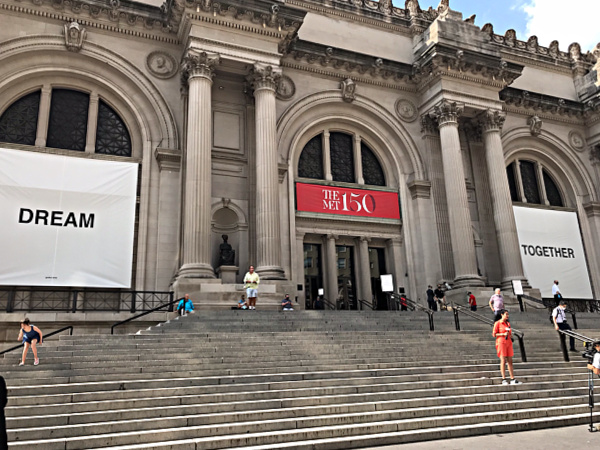 Yoko Ono’s “Dream Together” at the reopened Met

Being back in this vast, light-filled space, all two million square feet of it, was like seeing an old friend after the wars. The Met looks good — confident and refreshed, the same but different in subtle ways. Contemporary furniture has replaced the classic wood benches in select galleries, like the living room sofas and stools in “Photography’s Last Century,” a deftly organized show of 60 images by 20th-century giants like Man Ray, Walker Evans, William Eggleston and Cindy Sherman. Yoko Ono’s cool white panels flanking the museum’s front entrance aptly proclaim Dream Together. And the masked visitors I saw seemed as thrilled to be back as I was. Nothing makes you miss a 150-year-old institution like losing it for almost half a year.

Though planned long before the museum closed, the Met’s big show feels like a celebration of the museum’s return. On view through January 3, 2021, “Making the Met: 1870-2020” is a breathtaking tasting menu of the Met’s greatest hits and a primer on how the nation’s largest art museum has evolved. Fortified by behind-the-scenes film footage and vintage photos blanketing entire walls, the exhibition encompasses 5,000 years of creativity and distills a 1.5 million-piece permanent collection into 250 artworks. Put another way, getting into Harvard is a breeze compared to an object’s chances of making it into this show.

Yet it’s no mystery why these works made the cut. Each tells a specific story, whether of the culture that created it, the era it hailed from, the tastes it reflected, the skill (or genius) of its creator or the significance it holds in the Met collection. 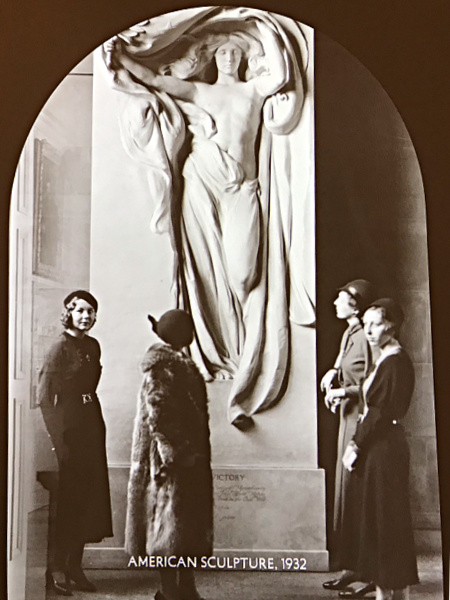 Pieces are arranged by when they entered the collection instead of by chronology, medium, themes or style. The resulting juxtapositions can be lively and unexpected, like a suit of Samurai armor and Houdon’s bust of Benjamin Franklin a few paces from Edouard Manet’s full-length portrait of a “Young Lady in 1866.”

My favorite surprise was the World War II Women’s Army Auxiliary Corp uniform worn by Edith A. Standen. Prior to joining the Met as a textile curator, a position she held for nearly 50 years, Standen was a member of the Monuments Men, who rescued art stolen by the Nazis. 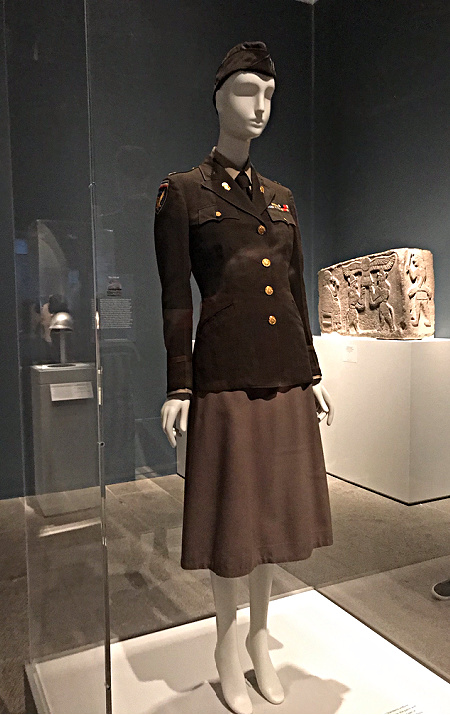 Back in art history’s candy store, I made up for lost time, speed dating my way through as many galleries as possible. The line to the elevator for “Lattice Detour,” Mexican artist Héctor Zamora’s curved wall of terra-cotta bricks on the Met roof, was forbiddingly long. Instead, I pored over the British Galleries, a gorgeous distillation of British art, furniture and antiques that had the bad luck to open on March 2. I breathed in the vastness of the Clifford Stills, Jackson Pollocks and Helen Frankenthalers in the Abstract Expressionist galleries and gazed into “Mrs. N’s Palace,” Louise Nevelson’s effusive, walk-in sculpture pieced together from whimsical found objects painted black.

I left the museum only because I was starving, and indoor dining is still on hold. No one pretends the city is back to what it was before Covid struck. But on upper Fifth Avenue, the big house of culture is open for business. And that’s an excellent start.

Since Overnight New York is a hotel blog, we feel duty bound to mention the nearest hotel where you grab a bite or spend the night. The Mark is the only hotel that’s open at present, but it’s a beauty (and a celebrity magnet) if you’re willing to pay $700 a night. Or you can stop by the breezy new outdoor cafe in front of the hotel for lunch, dinner or a hot dog prepared by Jean-Georges. Ask for a cappuccino topped with foam shaped like a face mask.